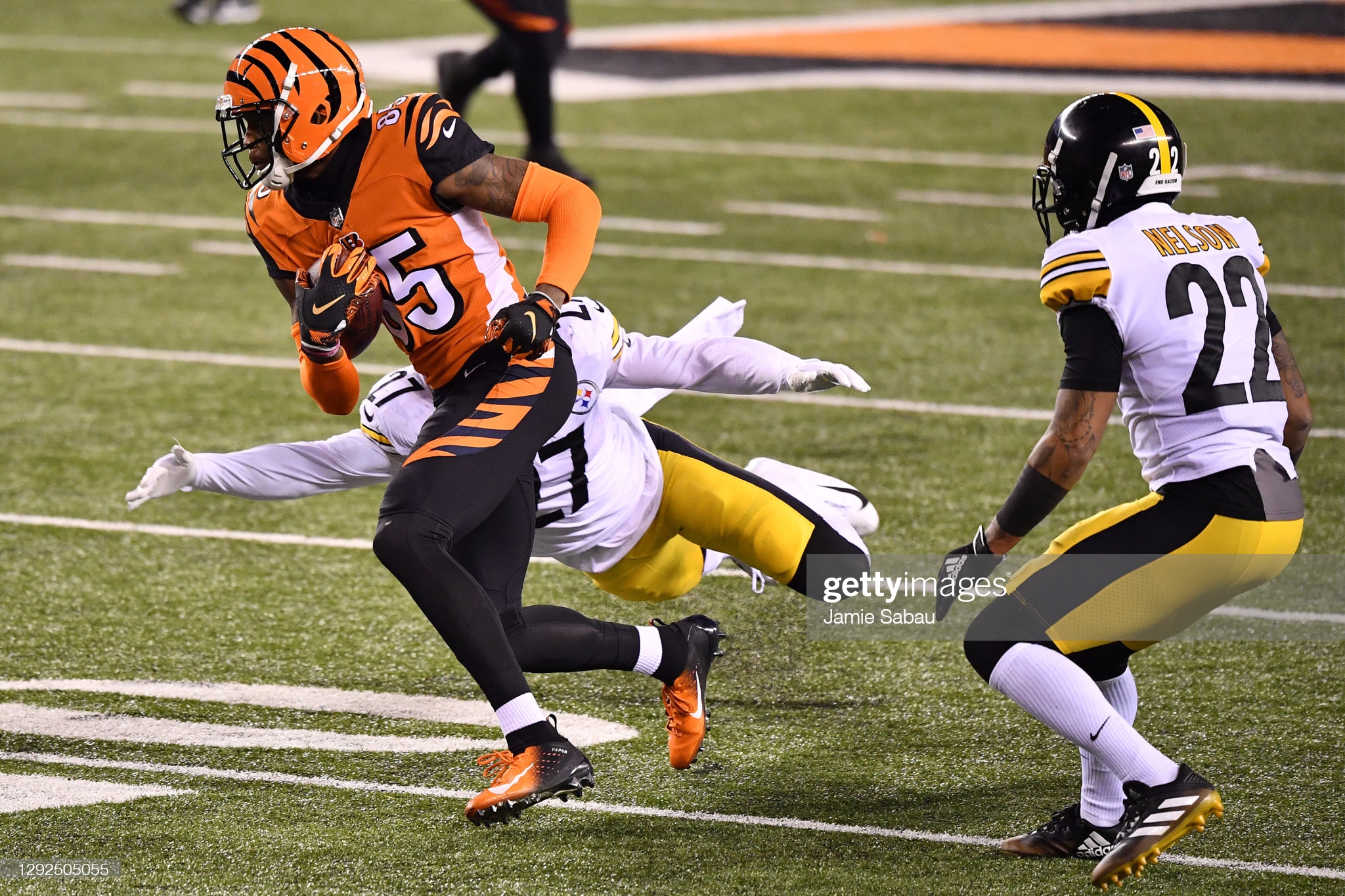 The Cincinnati Bengals lost two first-round wide receivers in free agency over the course of the past couple of days, including arguably the greatest wide receiver in franchise history in A.J. Green. Another former top-10 pick, John Ross, also recently departed, as did reserve and return specialist Alex Erickson.

None of these were losses that they weren’t anticipating, or even losses that they are going to feel too much. The new core of the wide receiver group is Tyler Boyd, and, added last year in the second round, Tee Higgins, who will emerge as a full-time starter this year after finding success as a rookie. And he knows it’s time.

“Like everybody has been saying. Now’s the time”, he said about the importance of some of the younger skill position players on the roster to step up and take over the leadership and production of the team, with Green now gone. “And me and Joe [Burrow] and Tyler and Joe Mixon, we’re just going to go out and be great and be who we are. About winning games for the Bengals”.

Higgins actually played more than 800 snaps last season. He was targeted more than 100 times, producing 67 receptions for 908 yards and six touchdowns, some very solid numbers are not wholly dissimilar to what Chase Claypool did for the Pittsburgh Steelers last year—62-873-9 was his stat line.

Much of that production came without Burrow, who himself was also a rookie last year, so one would think that with both of them in their second year together, they can develop into a major connection that should probably be able to reliably produce 1000-yard seasons.

Despite being a slot receiver, Boyd already had a couple of 1000-yard season under his belt. He was limited to 841 last season after missing some time due to injuries, but there is no reason to expect that he can’t return to his usual workload.

Of course, the quality of the passing game—and really, the immediate future of the franchise—is incumbent upon the health and development of Burrow, last year’s first-overall pick, who suffered a torn ACL among additional damage to his knee in the 10th game of the season.

Up to that point, he had gone 264-of-404 passing, throwing for 2688 yards, with 13 touchdown passes and five interceptions. Those aren’t flashy numbers, with a quarterback rating under 90, but there was certainly something there watching him play.

The Bengals could stand to get him some more weapons, though. Another wide receiver, certainly. Maybe even another tight end or running back. But the offensive line is what really needs to be continually addressed.