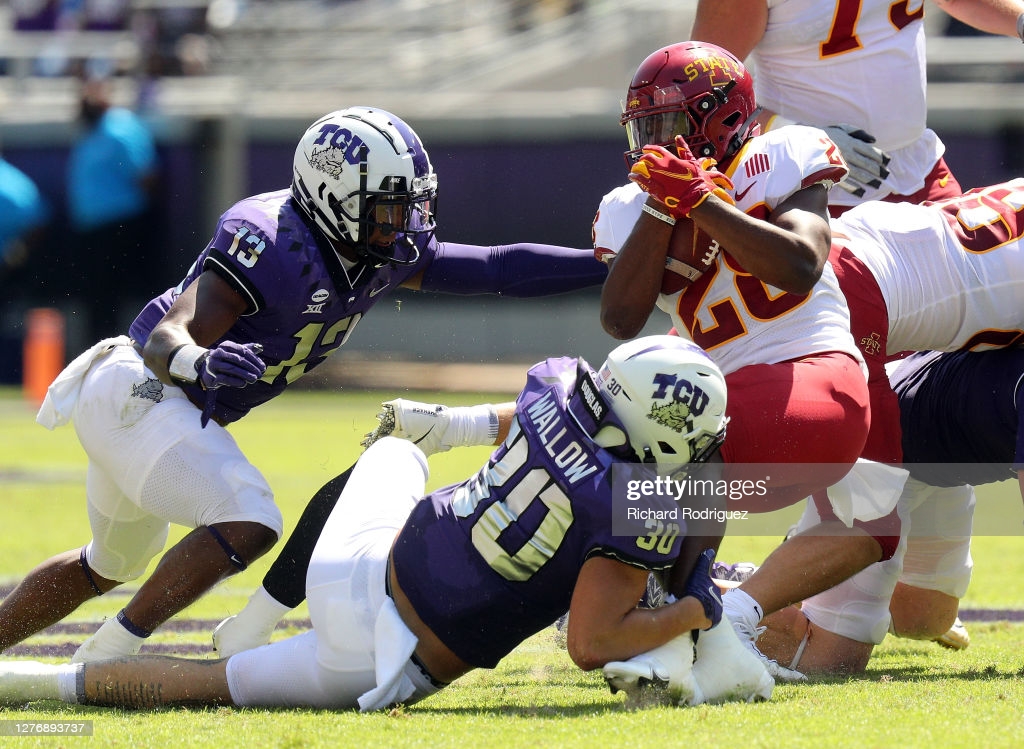 The Pittsburgh Steelers had a nice presence at the TCU pro day on Friday and their attendees included DBs coach Teryl Austin. Not only did TCU safety Trevon Moehrig tell reporters on Friday that he has meetings scheduled with the Steelers, but linebacker Garret Wallow also said during his media season that he’s had some contact with the Steelers as well.

“So, I have met with the linebacker coach for the Steelers,” Wallow said.

Below are Wallow’s pro day numbers, who reportedly measured in on Friday at 6’1″, 220 pounds. on the TCU website. We assume that Wallow met with Steelers linebackers coach Jerry Olsavsky.

Wallow received a Senior Bowl invitation after his 2020 season had to pull out of the annual college all-star game after testing positive for COVID-19 in late January. He said Friday he feels that he showed what he needed to show at his pro day.

“I definitely think I helped myself today,” Wallow said. “Especially doing both linebacker and safety drills. Definitely gave them another aspect of fluidity. Definitely bummed about not being able to do the Senior Bowl, but this is why I used today to give it my all.”

Garrett Wallow didn’t get a chance to participate at Senior Bowl but getting word from NFL scouts that he looked good at @TCUFootball morning pro-day. Wallow has the short burst to be one of best blitzers in ‘21 draft and his run & hit style will make him immediate factor on ST. pic.twitter.com/ZhE9TibAX2

After earning first-team All-Big 12 honors for 2020 play with 90 tackles, including nine tackles for loss, three sacks, five quarterback hits and three forced fumbles, Wallow said Friday he sees himself as an outside off-the-ball linebacker at the NFL level.

Wallow has a very hybrid player feel to him and that’s in vogue in NFL defenses right now. Below is the scouting report that our own Josh Carney put together on Wallow not too long ago.