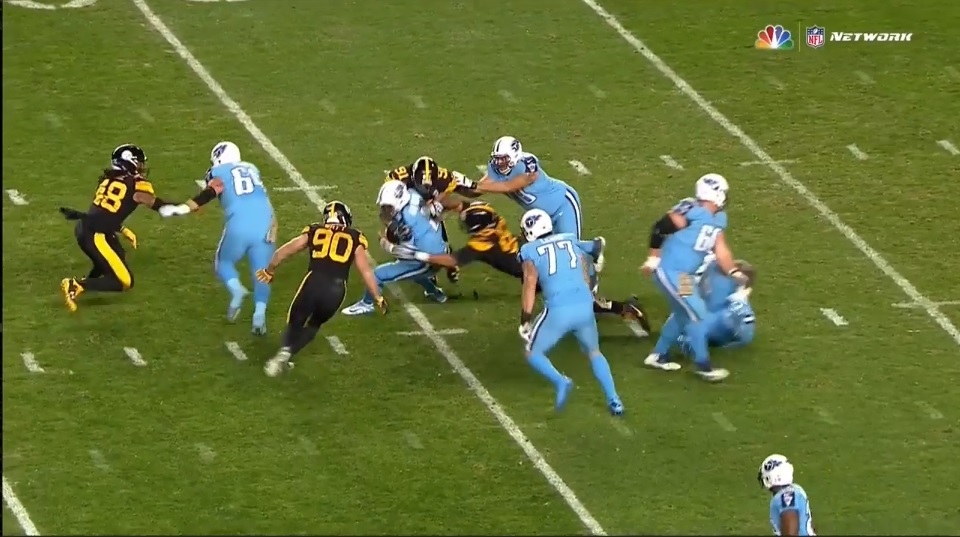 Welcome to Tennessee, Bud Dupree. No hard feelings, right? That’s how Tennessee Titans’ left tackle Taylor Lewan welcomed his newest teammate. On Twitter Monday night, Lewan shared the story of a 2017 game against Dupree, Watt, and the Steelers. At some point, the game got chippy, with Watt and Dupree threatening to fight Lewan after the game.

One time Tj watt and I got into it his rookie year and @Bud_Dupree and TJ said they were gonna fight me at the bus.. they didn’t and I appreciate that. Welcome to the team brother! You are gonna love it here. @titans #ACLbrothers

I’ve gone back through the 2017 Titans’ game but haven’t been able to find a skirmish between Watt and Lewan. It does seem there was a post-game dust-up between the two though.

Any news as to what the post game skirmish with Watt and Lewan was about? They had to be separated.

For those scoring at home, Pittsburgh won the game in blowout fashion, 40-17. But bygones are bygones for all parties involved.

Yesterday, Dupree signed a five-year, $85 million deal with the Titans, making him on the highest paid pass rushers in the game. A much-needed boost for a Titans’ defense that recorded just 19 sacks a year ago. Only one Titans, Harold Landry, had more than five. Dupree has 19.5 over the last two years.

Like Dupree, Lewan tore his ACL in Week 6 of last season, missing the rest of the year. In fact, he tore it one week before the Steelers and Titans played in their postponed Week Seven matchup. Dupree suffered the same fate six weeks later. Lewan has a head start on rehab and recovery but both players are reportedly on track to play in the 2021 Week One opener. This time as teammates, not adversaries.