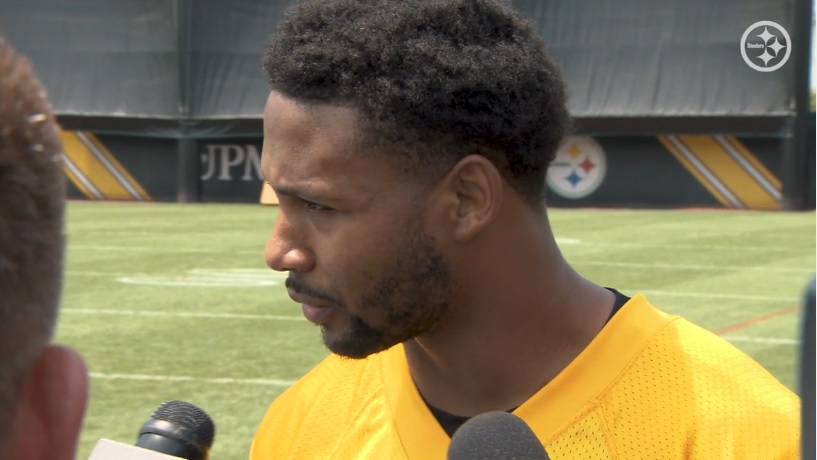 The Pittsburgh Steelers don’t exactly have the greatest track record when it come to drafting defensive backs under head coach Mike Tomlin. Cameron Sutton was the first defensive back the team had signed to a second contract since Cortez Allen, the only other defensive back drafted by Tomlin—in addition to William Gay—to do so. And Gay left first before coming back.

They seemed to find an alternative solution by acquiring talent elsewhere. They signed Joe Haden as a street free agent in August of 2017 because they had money burning a hole in their pocket. Mike Hilton emerged as a diamond in the rough in the meantime. Two years later, they would sign Steven Nelson in free agency and trade for Minkah Fitzpatrick.

Everything comes to an end eventually, but it looks like this band is breaking up sooner than anticipated, as the reports are that the Steelers are looking to trade Nelson, upon the player’s request. It’s not clear why, but it likely has to do with money (a shocker, I know).

Nelson retweeted posts alluding to the trade request and about his being one of the top players who were available. A couple of days earlier, he posted a cryptic message on the eve of the start of the new league year—and thus the official start of free agency—saying just, “moment of truth”.

Since the news, many have concluded that it must be in reference to behind-the-scenes developments that led to his trade. Last night, he posted a less cryptic message. “BLESSING IN DISGUISE”, he wrote—obviously, in capital letters.

‘Blessing in disguise’, of course, is a phrase used to refer to something in which something good comes out of something that at least on the surface appears to be bad. There are no indications anywhere that Nelson was in any way unhappy with the Steelers, and in fact frequently talked about the team as a growing unit over which he took responsibility.

It will be interesting to see if we ever actually learn more details about what led us to this moment, even though we can clearly speculate that it has to do with money. Like Haden, he probably was hoping to get an extension and a pay raise this year. But it’s hard to see Pittsburgh being in that position.

The Steelers originally signed Haden to a three-year, $27 million contract in 2017, paying him $9 million APY. Heading into the 2019 season, they gave him a two-year extension on top of that which added $22 million in new money, for a new-money APY of $11 million.