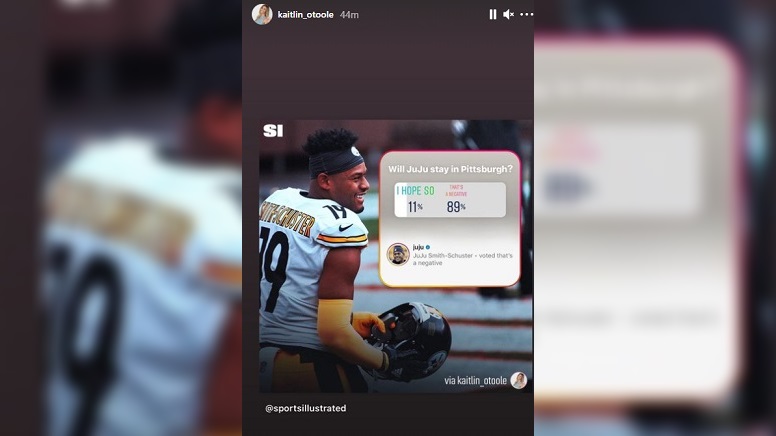 Should Pittsburgh Steelers wide receiver JuJu Smuith-Schuster ultimately re-sign with the team that drafted him the second round out of USC, it will likely come as a huge surprise to a lot of people, and especially even him. To date, there have been no signs that the Steelers will re-sign Smith-Schuster before free agency starts and the wide receiver has also been dropping more and more hints on social media that he is destined to play for a different team in 2021.

After his Twitch session Wednesday that was entitled, ‘March 17th, FREE MAN’, Smith-Schuster voted no on a recent Sports Illustrated Instagram poll by Kaitlin O’Tool that asked if the wide receiver would be re-signing with the Steelers. The options on the SI poll were “That’s a negative” or “I hope so.” and Smith-Schuster was among the first five participants to vote for “That’s a negative.”

Smith-Schuster’s expected market value is around $17 million per season. While the 24-year-old wide receiver has said along he wants to remain in Pittsburgh and continue his career there, it sure doesn’t seem like the Steelers have much interest in retaining him. At least not yet. That, however, could change in a hurry.