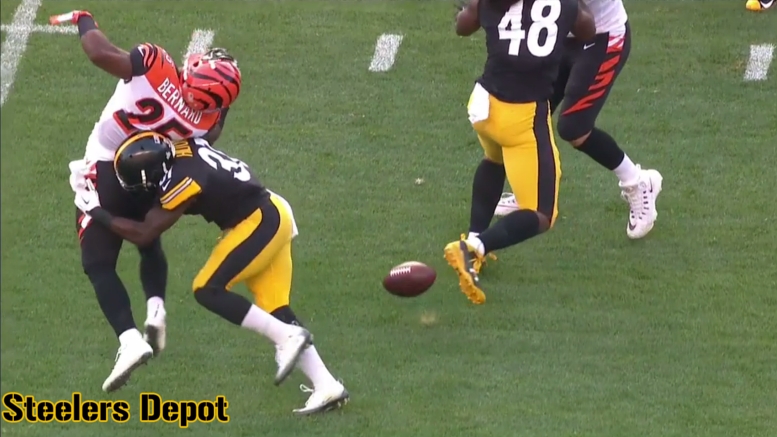 The Pittsburgh Steelers as of this writing have lost four players to other teams in unrestricted free agency, with outside linebacker Bud Dupree signing with the Tennessee Titans, offensive lineman Matt Feiler with the Los Angeles Chargers, defensive lineman Tyson Alualu with the Jacksonville Jaguars, and cornerback Mike Hilton with the Cincinnati Bengals.

At least for the majority of them, they won’t have to wait long before they get a chance to face off. As a divisional opponent, needless to say, the Steelers will see Hilton’s Bengals twice a year. But Dupree’s Titans and Feiler’s Chargers are already on Pittsburgh’s 2021 schedule.

All of these players are beloved by their former teammates, just to hear others ever talk about them, perhaps especially Dupree, who spent the past six years with the Steelers. Each meeting will be accompanied by a huge greeting exchange—and you know there will be some special handshakes between Dupree and T.J. Watt the next time they see each other on a field.

Regardless of what one is inclined to believe, and it can vary from player to player, it does matter when guys get a chance to go up against their former employers. Alualu, for example, has played the Jaguars, his original team, a number of times while he was with the Steelers, and before every game, he talked about what the opportunity meant. Now he’ll be back in Jacksonville saying the same thing about facing the Steelers.

None of these players left on any sort of bad terms. In fact, there were at least reports or indications that the Steelers were interested in retaining all of them if possible, as unrealistic as that obviously was. This certainly won’t be a case where anybody is looking to ‘show up’ their former team for not believing in them or whatever the case may be.

Even former running back Le’Veon Bell back in 2019 talked about playing harder when his New York Jets faced the Steelers that year—one of the few games the Jets actually won that year, and arguably the best game that Bell has had since leaving the Steelers, on less amiable terms than the others.

None of this is new, of course. It happens pretty much every year. They see L.J. Fort when they play the Baltimore Ravens, for example. They have played against Chris Hubbard facing the Cleveland Browns. At some point, we’ll like add James Conner and maybe Alejandro Villanueva to the list.