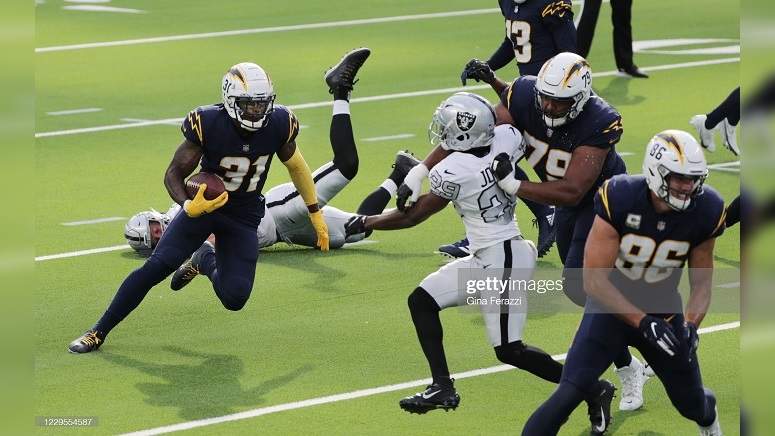 The Pittsburgh Steelers announced two new player signings on Tuesday. Signed to the offseason roster as of Tuesday are offensive lineman Rashaad Coward and running back Kalen Ballage and both agreed to one-year contracts.

We have already reported the Coward signing and we plan on having a full report on him by later on Tuesday. He was not restricted tendered by the Chicago Bears this offseason and he is a converted defensive lineman out of Old Dominion.

As for Ballage, he played his college football at Arizona State and was drafted originally by the Miami Dolphins in the fourth round of the 2018 NFL Draft. He has since been with the New York Jets and the Los Angeles Chargers as well.

In 2018, the Steelers had then-running backs coach James Saxon present at the Arizona State pro day looking at Ballage.

For his NFL career to date, Ballage has registered 629 yards and seven touchdowns on 201 total carries, He also has recorded 285 receiving yards to date on 52 total receptions.

From my March 2018 mock draft on Kalen Ballage #Steelers pic.twitter.com/yHTf0xEf5I