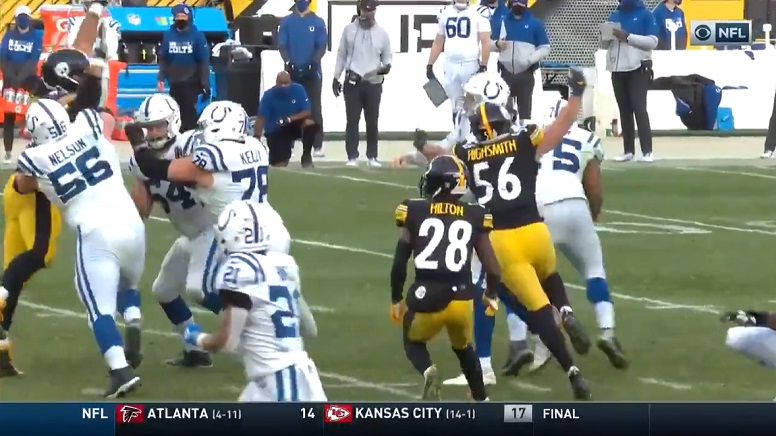 With the Pittsburgh Steelers losing outside Bud Dupree to the Tennessee Titans this offseason, the team is now expected to turn to second year outside linebacker Alex Highsmith to be the new starter on the right side of the defense. Highsmith, who flashed at times during his rookie season after being selected by the Steelers in the third round of the 2020 NFL Draft out of Charlotte, talked some Sunday morning on Mad Dog Sports Radio on SiriusXM about his biggest takeaway from his first year in the NFL as he begins to prepare for his second one.

“But towards the end of the season around the Colts game and the Browns game and the Bengals game, I felt like those games are really when they started to slow down for me,” Highsmith said. “So, I just felt like the more reps I get, the slower the game becomes for me. And so that’s what I’m looking forward to this next year as well, just every rep, the more reps that I get, it’s going to be, become slower for me.”

In those final four regular season games that Highsmith started after his first start against Washington, he played another 239 total defensive snaps on his way to registering 23 more total tackles, a sack and five quarterback hits. The fact that Highsmith was able to progress as quickly as he did as a rookie considering there not being any offseason program to speak of speaks volumes about the young outside linebacker and his work ethic. He talked Sunday morning about having to work through the COVID-produced adversity last season during his Sunday interview.

“I really wished that last year I would have been able to have a regular offseason, be able to have a rookie minicamp and do OTAs and have a pre-season because that definitely would have gotten me more prepared for the season,” Highsmith said. “But that’s not the cards that I was dealt my rookie year. And so, I try not to look at things as adversity, you know COVID was adversity. I try to look at it as an opportunity and so that was just an opportunity for me to work even harder and to just get it up on guys who weren’t working hard during COVID. So, I felt like I was able to push through adversity through COVID to just be able to go in there and ready for training camp. And so, I try not to let it adversity determine the way I work and so that just really propelled me to work even harder throughout COVID.”

So, what’s next for Highsmith in 2021? Honestly, we should see an even more improved player than we saw at the end of his rookie season and especially if there is some semblance of an offseason program this summer. Highsmith has already started his offseason training and with him now knowing what to expect in the way of a full NFL season, he should be raring to go come the start of training camp.

Highsmith certainly has big shoes to fill with Dupree now gone and the Steelers certainly seem like they have trust in their young outside linebacker to do just that. Judging by his rookie season, he could potentially flirt with double-digit sacks in 2021 after recording just two in his first year of NFL action.