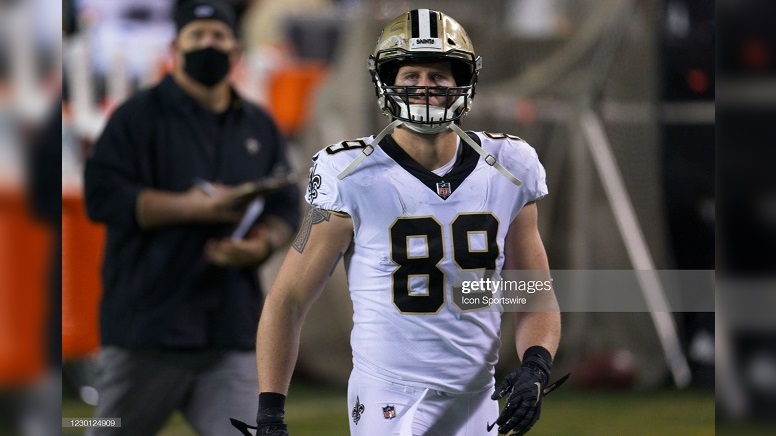 The annual pre-new league year purge is now well underway and several major media analysts are now on record as saying these next two weeks could wind up being a huge “bloodbath” when it comes to veteran players having their contracts terminated. Will the Pittsburgh Steelers ultimately be able to capitalize on the cheap on this projected bloodbath in the next several weeks and particularly at expected positions of need such as center and tight end? It’s quite possible.

Speaking about the Steelers need at the tight end position this offseason, that’s a hugely understated topic as of late and especially on the heels of veteran tight end Vance McDonald retiring several weeks ago. Currently, the Steelers only have one tight end under contract for the 2021 season that’s a lock to make the roster and that’s Eric Ebron. Ebron, by the way, isn’t much of a blocker and thus if the Steelers offense hopes to improve their running game in 2021, they better get themselves a run blocking tight end in these next several weeks via free agency or the draft, or both. On that topic, the New Orleans Saints released one on Wednesday that might just be affordable enough for the Steelers.

On Wednesday the Saints announced that the club had terminated the contracts of tight ends Josh Hill and Jared Cook. Of those two, Cook has the most notoriety and assuming he still wants to play, shouldn’t have a hard time finding a team willing to sign him. As for Hill, on the other hand, perhaps his market value will remain low in these coming weeks and thus make him affordable to even the Steelers.

A former undrafted free agent in 2013 out of Idaho State, Hill has managed to put together quite an NFL career for himself to date. Listed at 6-5, 250 pounds, Hill filled various roles for the Saints during his time in New Orleans as a receiver, blocker, fullback and special teams contributor. Hill appeared in 117 regular season games with 62 starts for New Orleans since 2013 and posted 116 receptions for 1,071 yards with 15 touchdowns and 27 special teams tackles. In nine postseason games with the Saints, Hill posted 15 receptions for 166 yards with one touchdown.

So, why was Hill jettisoned by the Saints? For starters, the Saints need every bit of salary cap room they can get for 2021 and Hill was scheduled to earn $2.605 million. For a cap strapped team, that’s a lot of money for backup tight end to make. Additionally, Hill is now 30 years of age and he’ll be 31 before training camps get underway.

As I have noted several times on this site in previous posts, the Steelers normally stay away from outside free agent players that are 30 or older and especially on the defensive side of the football. Hill, however, plays on offense and should come cheap now that he’s a street free agent. He’s obviously more of a blocking tight end than anything else but can still function in the passing game. Just two seasons ago, he had a career high 25 receptions for 226 yards and three touchdowns.

I’m not going to sell Hill for anything more than he is and that’s a one-year stopgap tight end that can block and play some on special teams that might can be had for the veteran minimum, which is about all the Steelers can afford this offseason. At the very least, Steelers general manager Kevin Colbert should give Hill’s agent a call to see if the veteran tight end wants to finish out his NFL career in Pittsburgh playing for the Steelers.

He’s not much of a thrill, but Hill seemingly would fit the bill for the Steelers as a backup tight end in 2021.