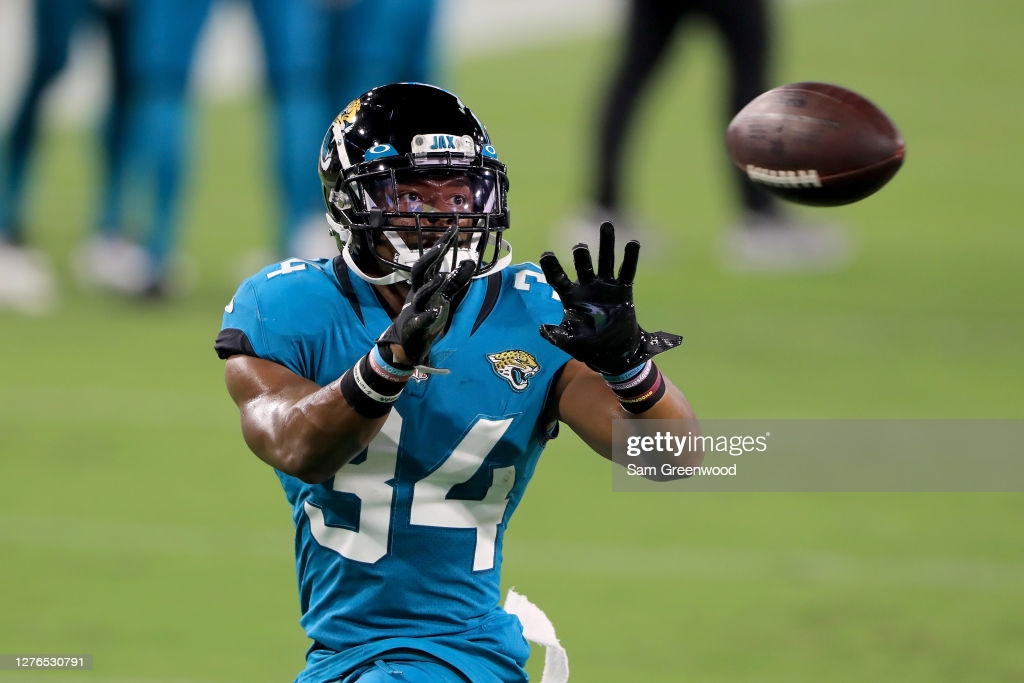 Last week, we wrote up our wishlist of free agent offensive linemen the Pittsburgh Steelers could consider once the new league year begins March 17th. Today, we’ll do the same with the offensive skill positions. This list is like the other. Cheap, boring, niche options to provide veteran depth and flexibility to the roster.

Let me know who else we should add in the comments below.

RB Chris Thompson/Jacksonville Jaguars – My overall premise when it comes to free agent running backs isn’t finding an accomplished runner. Not going to pay for a veteran to do that. I’ll just draft one instead – they’re cheaper, younger, and you’re going to have him for longer. But with the presumed departure of James Conner, the Steelers’ backfield lacks two things. A good receiver and blocker. Benny Snell is underrated in those areas but the Steelers won’t use him much in that fashion and he won’t motion out in space. Similar story with Anthony McFarland. Jaylen Samuels is comfortable flexed out but woefully underwhelming with the ball actually in his hands.

My goal would to bring in someone like Thompson. Jacksonville is expected to move on from him after an injury shortened his 2020 season and the Jags have a new coaching staff. Thompson was signed for his connection to old OC Jay Gruden from their time in Washington.

He’s been one of the NFL’s top third down backs for several seasons. Though he’s officially started just one game since 2015 and has almost always been a situational player, he’s 12th in total receptions by running backs since ’15 with 226 grabs. He still managed to grab 20 passes last season with just 159 offensive snaps. Granted, most were checkdowns but he made the occasional flashy play, like this TD against the Titans to tie the game in the 4th quarter.

Turning 31 before the 2021 season is over and coming off a one-year, $1.4 million deal, he should sign for the minimum on the market.

RB Dion Lewis/New York Giants – Lewis isn’t a name I think of when it comes to receiving backs. But he’s been a sneaky threat there starting way back when he was with the New England Patriots. In 2018 with the Titans, he caught 59 receptions and had 19 in limited action a year ago with the New York Giants. One of the best grabs by a RB all year came on this wheel route against talented Bucs’ LB Devin White.

A local product who went to Pitt, Mike Tomlin praised Lewis before a 2017 meeting against the Patriots.

“He’s a dynamic player in the run game and in the passing game,” said Tomlin. “He’s multi-talented. Obviously, I’ve had some exposure to him over the years from when he played next door at Pitt. I view it as that he’s a cog in that machine, a similar cog they’ve had in the past. He’s Kevin Faulk-like in terms of his ability to impact the game in a lot of ways, and is a nice complement to LeGarrette Blount.”

He would be no better than a #3 in the Steelers’ system and safely assuming they draft a RB, there’s no guarantee he makes the team. But he’s an insurance policy heading into training camp. Never know who is going to get hurt.

RB Theo Riddick/Las Vegas Raiders – If I were the Steelers, this might be my favorite option. Classic receiving option and he’s been that way his entire career. I’m not going to pretend you’re getting this dude in his prime the way he was with the Detroit Lions. But he doesn’t turn 30 until May and in that stat I mentioned earlier, most catches by a RB since 2015, Riddick ranks 6th. Not bad for a dude who has barely played the last two seasons. He missed all of 2019 with a shoulder injury.

He played in just a handful of games for the Raiders last season and caught only five passes. Still, he showed some juice and the guy can still run an option/Texas route. That’s a big weapon in the red zone.

I’d happily scoop him up for the minimum. And if he doesn’t make your team, you’ve invested virtually nothing aside from a spot on your 90 man roster.

WR John Ross/Cincinnati Bengals – Speed and pedigree. Ross sounds like a Steeler to me. Someone worth taking a flier on, anyway. Ross’ career flamed out in Cincinnati. But Pittsburgh has never been shy about giving former first round picks a second chance. It hasn’t been all-bad either. In 2019, he averaged over 18 yards per catch and in 2018, he found the end zone seven times. Here he is running away from the 49ers’ secondary on this 66 yard score in 2019.

Things came crashing down in 2020, targeted just seven times and catching two passes. Ben Roethlisberger’s arm probably isn’t going to get a whole lot better in 2021. So the best way to improve their vertical offense is to add as much speed as possible. And hope for a couple big plays out of a guy with 4.2 wheels.

WR Willie Snead/Baltimore Ravens – Snead is probably the most expensive name on this entire list. But if JuJu Smith-Schuster walks, the Steelers could use money they hoped to pay him with on Snead, who would cost a lot less. Always a thorn in Pittsburgh’s side, he’s a pesky slot receiver.

Despite playing in New Orleans for the first half of his career, he has more receptions (25) and the second most yards (293) against the Steelers than any other team in football. So Mike Tomlin and company know him well. Here’s his game logs against the Steelers.

Snead is a tough, smart slot option whose only 28 but shouldn’t be too expensive on the market. For the Steelers, this would be considered a fairly big swing in free agency. But it’d ease the pain of losing Smith-Schuster.

WR Trent Taylor – San Francisco 49ers – Now meet Willie Snead if you ordered him on Wish.com. 5th round pick of the 49ers in 2017, his best season came his rookie year where he caught 49 balls. A 2019 foot injury which required five surgeries robbed him of the entire year he came back this past year to catch just ten balls for 86 yards. Combing through the tape, most of that came against soft zones. But he should be cheap and worth trying to recreate that rookie year production.

TE Jeremy Sprinkle/Washington Football Team – Not many options at tight end for the Steelers to consider. Sprinkle is one of the few. We profiled him as a solid blocker coming out of Arkansas and that’s essentially been his role in Washington. He did catch 26 balls two years ago but in 2020, snagged just one pass. But if you’re looking for a blocking tight end whose under 30 (Sprinkle turns 27 in August), he’s an option. WRs coach Ike Hilliard worked alongside him in Washington, too, if you’re angling for a Steelers’ connection.

Sprinkle also played 224 snaps on special teams. That was 10th among all TEs last season.

TE Marcedes Lewis/Green Bay Packers – Lewis says he wants to come back for his 16th NFL season and good on him for it. I suspect he will circle back to Green Bay, there seems to be mutual interest, but if the Packers can’t afford him for whatever reason, I’d take a stab at picking Lewis up. Regarded as one of the league’s best blocking tight ends, he’ll help a Pittsburgh offense that couldn’t run in short-yardage situations last year. One of the worst in football in those moments the past two seasons. Dude isn’t going to impact the passing game, he’s caught just 28 passes the last three seasons, but Vance McDonald caught only 10 balls before the 2020 regular season finale. Steelers have plenty of options in the pass game. They need someone to block.

The luxury of a blocking TE 🙌🏼

Can do wonders for a run game! Marcedes Lewis with beautiful combo up to 2nd level!

James O’Shaughnessy/TE Jacksonville Jaguars – Logical fit as a #2 tight end behind Eric Ebron. Some fans have focused on fellow free agent Tyler Eifert but O’Shaughnessy makes just as much sense. He quietly caught 28 passes in 2020 for 262 yards and zero touchdowns. Pittsburgh brought him in for a visit in 2019 after losing Jesse James but he ended up going back to the Jags. Maybe this time the connection sticks. He turned 29 in January.