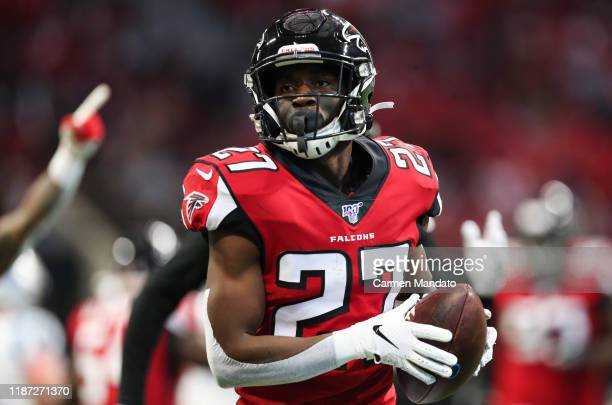 After spending the last week highlighting our Pittsburgh Steelers’ wishlist for the offense, checking out the offensive line and skill positions, we’re flipping over to the defense to add on a couple more names before free agency kicks off next week. This list is shorter and, somehow, even less exciting considering most moves the Steelers do make will come upgrading the offense.

But here are a couple of defenders to keep in mind.

Treyvon Hester/Philadelphia Eagles – Yup, this is how we’re starting off the list. If Pittsburgh wants to invest in the d-line this offseason, they’re better off doing it by keeping Tyson Alualu and Chris Wormley. Both should be awfully reasonably priced. But if they don’t/can’t or want to throw another hat in the ring, there’s Hester. He was released by the Eagles three days ago, his second stint with the team, and has bounced around as an NFL journeymen in his short career. But he has a little Sunday experience, 41 career games with two starts, with 40 tackles and two sacks.

He’s a local kid from Penn Hills who the Steelers brought in for a pre-draft visit in 2017. Minimum-salary player with no guarantee to make the team but adds depth and may push someone like Isaiah Buggs, who has talent but hasn’t found consistency nor the trust of the coaching staff.

Takk McKinley/Las Vegas Raiders – McKinley’s 2020 season was so bizarre I honestly didn’t even know what team had him last. He publicly forced his way out of Atlanta, the 49ers and Bengals both claimed then released him with failed physicals, before Raiders’ doctors gave him the green light and Jon Gruden signed him. But McKinley never played for him.

All that should make him a bargain on the open market. The Steelers brought him for a visit back in 2017 and who knows, maybe would’ve selected him over TJ Watt. But McKinley was drafted by Atlanta four picks ahead. Pittsburgh loves pedigree guys who’ve fallen out of favor, already signing Dwayne Haskins this offseason. Before the wheels fell off in 2020, he did rack up 16.5 across his first three seasons with Atlanta. So he’s flashed talent. Cheap option for the Steelers as a potential #3 EDGE behind Alex Highsmith and TJ Watt. They need the depth.

Vince Biegel/Miami Dolphins – Here’s arguably a better option. Pittsburgh wined and dined Biegel when they went to Wisconsin’s Pro Day to meet with Watt. After bouncing around early in his career, he found a home with Miami in 2019, starting ten games and recording 59 total tackles and 2.5 sacks. An EDGE/off-ball hybrid, he tore his Achilles in August, ending his season before it got started.

That should make him available for just about the minimum on the open market. He could circle back to Miami but the Dolphins are flush with cash and could add splashy names on both sides of the football. So maybe that pushes Biegel to look elsewhere. Pittsburgh would be a good home.

Derek Rivers/Los Angeles Rams – More tea leaf reading here. Rivers was another player brought in for a visit but ultimately taken by the New England Patriots in the third round of the ’17 draft.. He was waived and claimed by the Rams in November, just a week before Bud Dupree tore his ACL, and finished up his season out west. Injuries have hampered him and he has just 2.5 career sacks. But he can compete for the #3 gig with a potential draft pick along with Ola Adeniyi and Cassius Marsh, assuming both are back. Should be very cheap.

Damontae Kazee/Atlanta Falcons – Maybe the best talent on the list. I’ve been a Kazee fan since watching him at the 2017 Senior Bowl. He’s small but physical and could play in the slot or at safety. Spent most of his career at safety but played in the slot the first three games of 2019. Reminds me of Mike Hilton in a lot of ways. Was having a strong career, tying the lead league with seven INTs in 2018 but tearing his Achilles in October of this past season. He’s expected to be healthy in time for training camp.

Two INTs to look at. First example, Kazee is the deep 1/2 safety to the bottom of the screen. Midpoints the two receivers down the right side then closes on the ball on the seam throw with a great leaping INT.

And I love this play. From centerfield, drives and pops TE Zach Ertz. Separates player from ball and LB Deion Jones picks it off. Watch Kazee finish this one too, driving Ertz to the ground.

Kazee even picked Ben Roethlisberger a couple years ago, leaping over Antonio Brown in the red zone.

In Pittsburgh, he could fill into the slot or some sort of dime player, depending on what happens with someone like Cam Sutton. Not sure where his price tag is at coming off the injury. Maybe he’d be willing to take a cheap, one-year “prove it” deal to rebuild his value when the cap spikes in 2022.