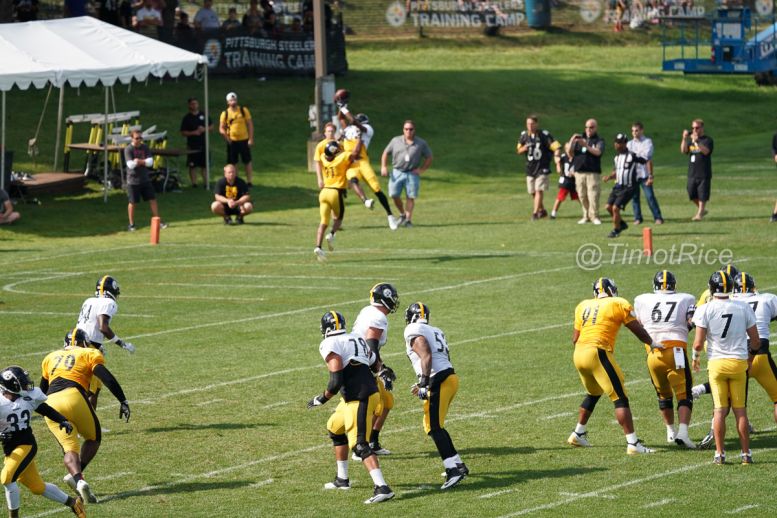 Repeating a similar belief he shared weeks ago, Pittsburgh Steelers’ Team President Art Rooney II said he believes the team will return to Latrobe and St. Vincent College for training camp this summer. He reiterated that belief during a Thursday Q&A session with fans via Steelers’ Nation Unite.

“That’s the plan,” Rooney said. “As I said to the previous caller, we’re hoping that things get back to normal this fall. Obviously training camp happens a little earlier than that. It’s something we’re planning for now, but we’ll see how things go. We need this virus thing to turn the corner and and we still want to make sure that that fans are safe when they come to St. Vincent. So we may have to look at if we have to limit the number of fans, things like that. We’ll be looking at all those issues. But right now, our goal and our plan is to have training camp at St. Vincent this summer.”

Rooney said the same thing one month ago.

“As we sit here today, our plan is to have training camp in Latrobe,” Rooney said in late February. “We still have a ways to go to get there, but I think there’s a pretty good chance that’s going to be able to happen.”

There’s even more reason for optimism now than there was a month ago. COVID rates are dropping in many areas of the country and Western PA’s numbers are in a better place than they were months ago. Vaccination rates are skyrocketing across the US with the goal of having every willing adult vaccinated over the next few months. The NFL has already begun to show signs of normalcy with Pro Days resuming and the league announcing the draft will partially take place in-person next month. Select prospects and a limited number of fans will be in Cleveland to attend the event. By the time training camp kicks off in July, hopefully the pandemic has slowed way down or has even officially ended.

It’s good to hear Rooney also mention the idea of having fans. Returning to Latrobe itself wasn’t a guarantee there would be a crowd to watch them. But that’s clearly in Rooney’s mind, even if they have to imagine the fan experience a little differently. That could mean limiting the number of people, as Rooney suggested, or perhaps spreading them out more. The good news St. Vincent College is completely out in the open and has large fields for fans to stay six feet apart on.

There likely won’t be official word about training camp plans until two or three months from now. Of course, if fans are allowed to attend, we’ll be there and return with our own daily training camp diaries that I (and perhaps you) miss very much.