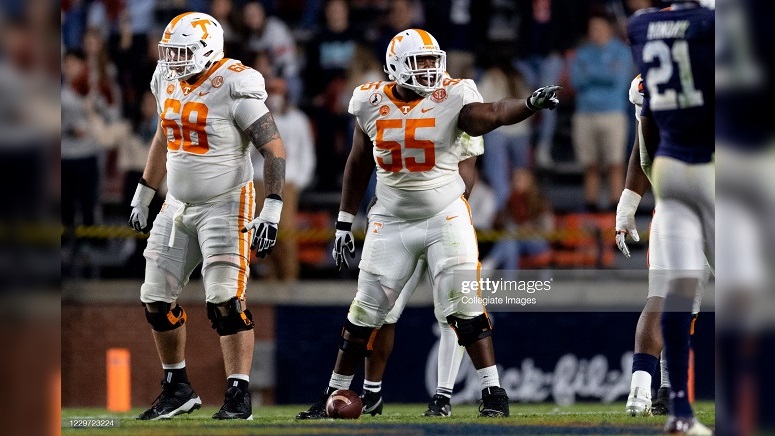 The Pittsburgh Steelers seem destined to draft a center this year on the heels of veteran Maurkice Pouncey retiring earlier in the offseason. because of that, they appear to be looking at quite a few centers throughout the draft process. One center they are now known to have some level of interest in during the pre-draft process is Brandon Kennedy out of Tennessee.

#Tennessee C Brandon Kennedy is an intriguing prospect. He put good stuff on film as a 2-Yr starter after transferring from #Alabama.

According to Justin Melo of Broadway Sports Media on Wednesday, the Steelers are one of a few teams that Kennedy has met with virtually so far during the pre-draft process.

Kennedy, who was named as a semifinalist for the 2020 William V. Campbell Trophy this past season, was Tennessee’s starting center the last two seasons after transferring from Alabama. He played in 32 career games in college – 22 with Tennessee and 10 at Alabama with 22 starts for the Volunteers. Kennedy was also a finalist for the “Academic Heisman” in his final year after earning his undergraduate degree at Alabama (2017) and a pair of master’s degrees from Tennessee (2019, ’20). He was also a three-time member of the SEC Academic Honor Roll.

Kennedy is a bit undersized at 6’2″, 286 and so he will likely be a late-round or undrafted prospect. He can play some guard so that is a plus for him as well.

Here’s Brandon Kennedy and Trey Smith opening up the hole for Jabari Small, leading to this nice run & truck pic.twitter.com/MtSLjZi0Tj