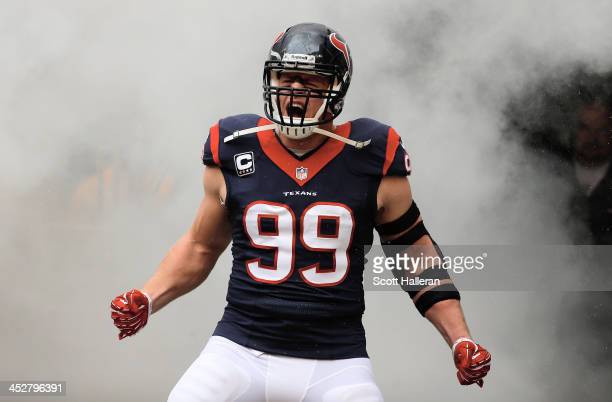 It has been reported that more than a dozen teams at some point since his release contacted three-time Defensive Player of the Year J.J. Watt and his representatives. Although it was never realistically going to be in the cards, the Pittsburgh Steelers were supposedly one of those teams—after all, it doesn’t hurt to put in a call.

While they were not reported as one of the final candidates before Watt ultimately chose—announcing himself—the Arizona Cardinals, the AFC North was represented. Watt accepted a two-year, $31 million contract with Arizona with $23 million guaranteed, but the Cleveland Browns were among the teams that offered him more money.

That is according to John Gambadoro, a radio host out west covering the Cardinals. In a Tweet, he said that both the Browns and the Indianapolis Colts offered Watt more money, though he did not say how much. He also said that the Tennessee Titans offered him a deal similar to Arizona’s.

The deal JJ Watt signed with the Cardinals was NOT the most he was offered. The Cleveland Browns and Indianapolis Colts each offered more money. Tennessee’s offer was very similar.

Given that Watt, it was stated, was looking first and foremost at the quarterback position, it’s a pretty damning assessment of Baker Mayfield that he chose to sign with the Cardinals—or else he just has a particularly high opinion of Kyler Murray as he heads into his third season.

Aside from the fact that he is a great player and by all appearances a great person, Steelers fans really wanted to see him in Pittsburgh in order to reunite the Watt brothers. Pittsburgh employs both of his younger brothers, should-be Defensive Player of the Year T.J. Watt and fullback Derek Watt.

Of course, the Steelers already have a couple of great defensive linemen in Cameron Heyward (who was from the same draft class as Watt) and Stephon Tuitt, both of whom are still playing at a high level and making an awful lot of money. Combined with their nearly dire salary cap situation, it was simply never a fit.

It could have worked very well in Cleveland, however, paired up against Myles Garrett on the other side. Outside of economics, apparently, their biggest pitch was that he could say goodbye to double teams playing across from another premiere pass rusher.

But he’ll have that in Arizona, too, with Chandler Jones opposite him. He missed most of last season due to an injury, but he recorded 49 sacks between the 2017 and 2019 seasons, including 19 in 2019, in addition to eight forced fumbles.

It used to be that nobody who wasn’t from the area or was exclusively concerned with taking the biggest deal would want to sign with the Browns. Evidently they still have a bit more convincing to do when it comes to fully rehabilitating their reputation as they strive to become contenders for the first time in several decades.