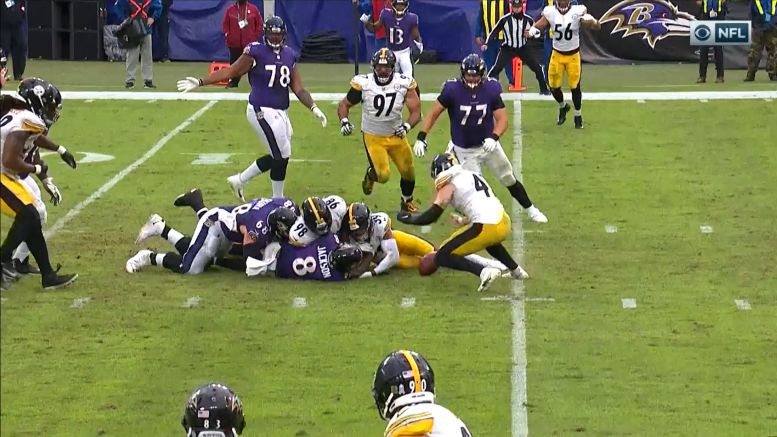 The Baltimore Ravens have no doubt been one of the better teams in the NFL during the John Harbaugh era, whether one has to admit that begrudgingly or not. They do have a Super Bowl title to show for it, and in the past three seasons have been one of the hottest teams with Lamar Jackson at quarterback.

But can this team get back to that next level? Even though he’s still a very young player early in his career, that pressure has been on Jackson for a while now, though I suppose that comes with the territory when you become the second-ever unanimous MVP and the youngest MVP ever in just your second season.

Though the Ravens lost the division last year and finished with a worse record than the previous season, they still reached the playoffs, and this time won a postseason game. But can they make a run? Is Jackson really a championship-level quarterback? Former Ravens great Ray Lewis believes so—provided that they can get him help. He addressed the question recently on ESPN.

The Ravens have recently added an X receiver in the form of Sammy Watkins, though it’s really not clear how much of an impact he will be able to have in Baltimore—and obviously it will hinge at least in part on how much they are willing to throw the ball.

Jackson only averaged 25.1 pass attempts per game last season, which was even slightly less than his average from the year before. Tight end Mark Andrews has been his favorite target, with former first-round wide receiver Marquise Brown being an arguably somewhat distant second.

Not other player on the team even received as many as 50 passing targets last year. The closest was Willie Snead, who just left in free agency. Miles Boykin was targeted 33 times, and 2020 rookie Devin Duvernay had 26 targets, while running back J.K. Dobbins had 24.

Meanwhile, there has been some shuffling along the offensive line. While they added Kevin Zeitler at right guard, they still have to decide what is happening at center, and whether or not they will be moving Orlando Brown via trade before he hits free agency next year.