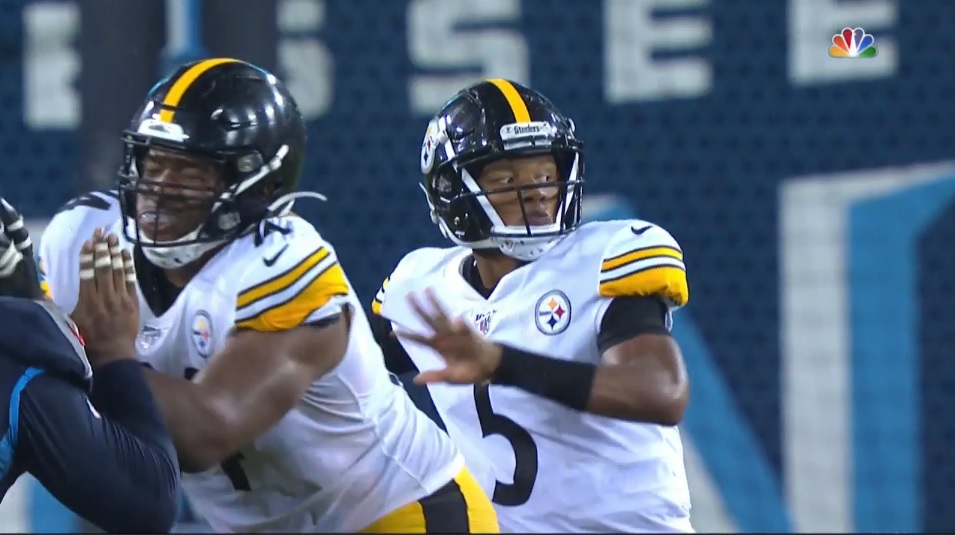 Though Josh Dobbs’ NFL future is a little unclear, he has a gameplan for how he’ll be spending this offseason off the field. Dobbs will be one of 52 players participating in an externship this spring and summer. And for the second straight year, he’ll work with NASA. The externship, conducted through the player’s union, will be conducted virtually.

Steelers QB Josh Dobbs is one of the 52 players participating in the NFLPA's externship program this year, fully virtual with the ongoing pandemic. He'll be working with the NASA Kennedy Space Flight Center for the second year in a row.

Of course, if you know Dobbs’ background, this isn’t a surprise. He’s one of the smartest players in the NFL. At Tennessee, he majored in aerospace engineering and had a perfect 4.0 GPA.

In June of last year, he was in Florida to watch the launch of SpaceX.

“Being able to see the teamwork involved in preparation for this launch was incredible for me,” he said at the time. “It’s so much like a football team—you see how everyone doing their job fits together and makes something great happen. That’s what I really appreciated about the experience”.

Dobbs is smartly making the most of his NFL career on and off the field. Many players who do make it to professional football only spend a couple years in the league. Once they retire, they have their whole life ahead of them to figure out what’s next. Dobbs is on track to have a seamless transition from NFL to, as Chuck Noll would say, “life’s work.”

Though he knows how he’ll be spending his summer, there’s uncertainty over where he’ll be spending his fall. Set to be a free agent on March 17th, it doesn’t sound like the Steelers are going to re-sign him. Ben Roethlisberger is officially on a new contract, Mason Rudolph will return as his backup, and the team inked Dwayne Haskins to a futures contract.

Pittsburgh always carries four quarterbacks into the offseason, meaning it’s possible Dobbs circles back, but it seems more likely he goes elsewhere. Since being drafted in 2017, he’s thrown only 17 passes and has yet to toss his first touchdown. The Steelers traded him to the Jacksonville Jaguars in 2019 but claimed him off waivers before the start of 2020.