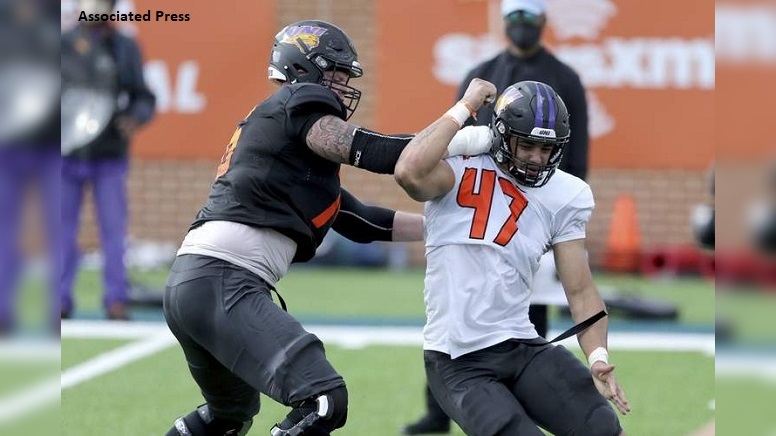 The Northern Iowa pro day took place on Monday and the Pittsburgh Steelers had some presence there as Alex Kozora spotted College Scouting Director Phil Kreidler in some video footage of he event. The main attractions on Monday at Northern Iowa were tackle Spence Brown and edge Elerson Smith. During their media sessions, both indicated they have had some contact with the Steelers.

“I met with Coach Tomlin and the GM last week,” Smith said during his media session. “That went really well, really nice guys. Enjoyed the meeting. It was pretty surreal to talk to those guys because, you know, I remember the first Super Bowl I ever recall is the Steelers and Cardinals from way back in the day. It was a pretty iconic game. So, it was pretty surreal for me, kind of a smell the roses moment. But I think above all, I got to show who I was and got a feel for who they were, so that was good..

In 2019, Smith, who measured in at the Senior Bowl at 6064, 262-pounds, registered 63 total tackles, 14 sacks, 21.5 tackles for loss, five forced fumbles, four pass deflections, and two blocked kicks. Smith was the 2019 Phil Steele FCS Preseason Defensive Player of the Year and earned Preseason First-Team All-American honors from Stats Perform. He was a First-Team All-MVFC honoree as well and was named AFCA First-Team All-American.

Here is Baldy on Elerson Smith, who the Steelers have shown interest in during the pre-draft process #Steelers pic.twitter.com/vTF5N2Z4Kt

As for Brown, who measured in at the Senior Bowl at 6084, 314-pounds, he also was asked on Monday if has had any contact with the Steelers

“I guess you gotta define contact, Brown said. “I mean, they’re here today. I have meetings set up with them. I imagine I’ll have a lot more meetings with many more teams in the future. I can’t say interest or if they’re interested in me, I don’t know. I can’t really define that for you.”

Brown was a three-year starter at Northern Iowa but chose to opt out of his senior year after the schools season was moved to the spring. He was a second-team ALL-MVFC in 2019 and was a preseason All-American by multiple national outlets. He was named to Bruce Feldman’s College Football Freaks List.