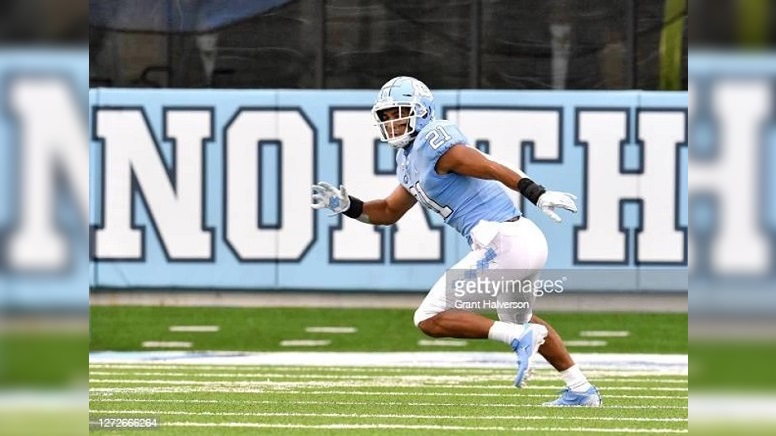 The North Carolina pro day will take place on Monday and the media day was held ahead of the event on Friday. While top-rated running backs Javonte Williams and Michael Carter wouldn’t reveal which teams they have spoken to during the pre-draft process when they spoke to the media on Friday, linebacker Chazz Surratt did, and he said has met with the Steelers linebackers coach.

Surratt did not name Steelers inside linebackers coach Jerry Olsavsky by name on Friday, so we can only assume that he was the one he has had a conversation with. It will be interesting to see if Olsavsky goes to the North Carolina pro day on Monday.

Surratt, a quarterback-turned linebacker, is listed at 6-foot-2, 225 pounds on most sites. After making the switch from quarterback to linebacker prior to his redshirt junior season Surratt quickly learned his new position. Surratt finished off the 2020 season with his second straight 1st Team All-ACC nod. He led the team in tackles with 91 on the season and finished the 2020 season with 6 sacks and 7.5 tackles for loss, proving the switch from quarterback to linebacker was a good choice by him. He is currently projected by many to be a day-two selection in the 2021 NFL Draft.

Surratt talked on Friday about the areas he feels he needs to improve at in his game as he exits college for a chance to play in the NFL.

“Continue to work on my hands and striking and continue to play through contact,” Surratt said. “There were some times I stopped my feet on a couple of tackles, just continue to run through it. Yeah, I would think those are the two biggest things. And then in our defense, we weren’t asked as much to cover tight ends man to man. We didn’t play a lot of man coverage at UNC so if you’re in the league they’re going to ask you to do that. So, continue to work on man coverage and that type of stuff.”

Surratt, who would figure to fit as an off-the-ball inside linebacker when it comes to the Steelers system, believes he’s versatile enough to play middle, weak or strong side in the NFL.

“I think I’m a player, pretty versatile, like Coach Brown said, and can be fit into any scheme, whether you want me to play a WILL or MIKE in a 3-4 or 4-3,” Surratt said. “If you want me to go walk out to the field and be the sandbagger, I think I can do that too. So, I think I’m pretty versatile in how I play. We played more in a three down front this year where I was the WILL, a lot of teams have talked to me about being the WILL in their defense, that’s where they see me the most, being kind of like the off-ball backer. But there’s some teams that the WILL and MIKE and SAM all pretty much have the same job. So pretty much it’s the same job just different parts of the field. So, I think I can do all the positions at linebacker.”

Surratt also said on Friday that there are currently three linebackers in the NFL that he studies the most when it comes to how they play.

“I would say Luke Kuechly and then Bobby Wagner and Darius Leonard are three guys that I have probably watched the most, Surratt said. “So, I would say those three guys.”

Here is a link to a great article about Surratt on NFL.com that was published just recently so make sure to give it a read.