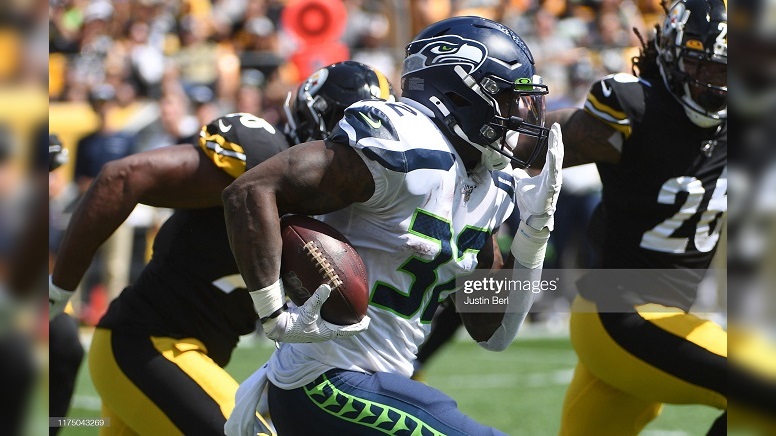 It’s not hard to imagine the Pittsburgh Steelers not re-signing running back James Conner this offseason and thus the expectations are that he’ll be a member of a different team in less than four weeks from now. Should the Steelers indeed wind-up losing Conner in free agency, many wonder if the team will try to replace him with a different free agent running back. It appears Marc Sessler of NFL.com is one of those that think a free agent running back could possibly be in the Steelers plans at some point during the free agency signing period and a notable one at that.

Pittsburgh’s ground game fell to pieces behind PFF’s second-worst run-blocking unit in 2020. With left tackle Alejandro Villanueva a free agent and veteran center Maurkice Pouncey out the door, in-the-red Pittsburgh is in a pinch. The Steelers could use a runner with a proven track record of creating his own opportunities. Carson is a punishing pile of bricks who generates missed tackles and yards after contact. He’d bring a dose of toughness to a run attack that looked Pop Warner-esque in 2020.

Carson figures to be one of the top two or three free agent prizes this offseason at the running back position after registering 3,270 rushing yards on 715 carries (4.6 average) and 21 touchdowns, along with 101 receptions for 775 yards and seven touchdowns in his first four seasons in the NFL with the Seahawks. In fact, you can stand to reason that a team might value him a little more than Green Bay Packers running back Aaron Jones, who many have as the top free agent prize this offseason at the running back position.

Regardless of where you want to rank Carson at on your personal free agent running back list this offseason, we all can probably agree that he’s going to command some pretty serious money. Pro Football Focus has Carson down as the second-best free agent running back this offseason behind just Jones and they expect him to sign a three-year, $27 million contract with the Buffalo Bills this offseason. They have Carson getting $15 million total guaranteed in that deal with $10 million fully guaranteed at signing.