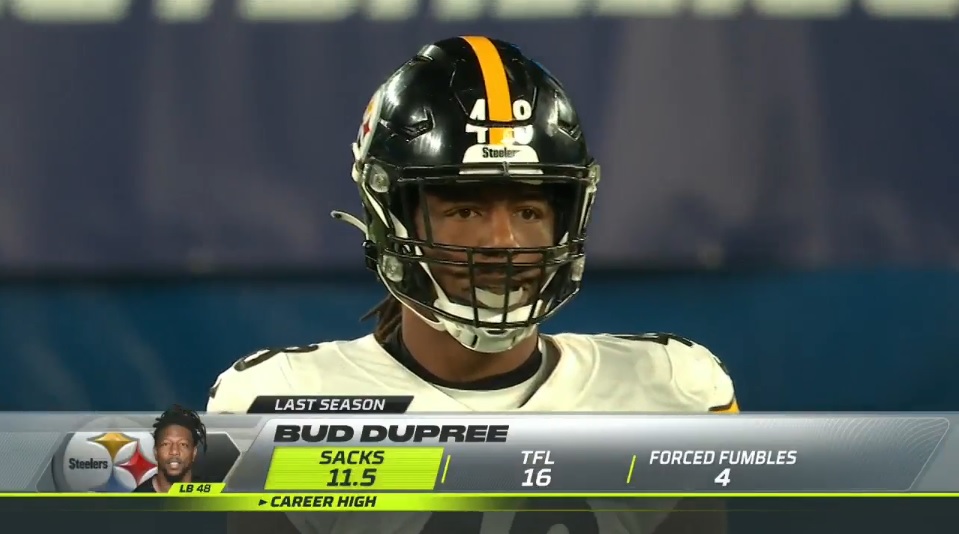 Analytics don’t matter a whole lot when it comes to players choosing their new teams. Money is king. But if we could connect the mathematical dots, an NFL.com article suggests the best fits for Bud Dupree and JuJu Smith-Schuster.

Cynthia Frelund recently wrote an article coming up with the based free agency fits based on analytics. For Dupree, she wrote the Las Vegas Raiders would be the best place for him to end up. And the top pass rusher who would help Jon Gruden make the playoffs.

“Despite losing the last five regular-season games of 2020 to a torn ACL, Dupree is tied for the second-most turnovers caused by pressure since 2019 (he has nine), per NGS. The Raiders had just a 25 percent pressure rate last season, which was tied for 14th-lowest in the NFL.”

According to her data, adding Dupree would give the Raiders an extra 1.24 wins. After receiving a ten-year, $100 million contract to unretire from coaching, Gruden has yet to take his team to the playoffs.

Though there’s a narrative Dupree’s success largely came by benefitting playing opposite TJ Watt, Steelers’ fans who watched him grow by leaps and bounds over the last two years know the truth. Dupree took major steps in his game, primarily as a pass rusher, to put up career sack numbers in 2019 (11.5 in 16 games) and 2020 (8 in 11 games). He’s also a complete player and arguably plays the run better than he does the pass. As Frelund notes, the AFC West is all about pass rush and slowing down the likes of Patrick Mahomes.

It’s unclear what teams will be most heavily after Dupree once the legal tampering period begins tomorrow. This isn’t the first time the Raiders have been floated. Tennessee and the New York Giants are two other teams to keep in mind.

“Now, Smith-Schuster also projects to add a healthy 1.07 wins with the Cardinals, were he to join Arizona (presuming Larry Fitzgerald begins the countdown clock to his Canton induction by retiring). Smith-Schuster aligned in the slot on 75 percent of plays in 2020, a career high for him, and Arizona averaged just 7 yards per target from the slot as a team in 2020 (sixth-lowest).”

On the field, Smith-Schuster could function like a much younger Larry Fitzgerald. A dependable slot receiver over the middle. That would pair nicely with big-play threat DeAndre Hopkins and give the Cardinals among the most exciting offenses in football.

Smith-Schuster’s suitors have been all over the map. Several in the media have suggested the New York Jets, who have tons of cap space. Others have mentioned the New England Patriots, Miami Dolphins, and Frelund’s article also notes the Giants would be an equally good fit. With Smith-Schuster seemingly penning a goodbye message earlier today, it sounds like we do know his next stop won’t be a return to Pittsburgh.