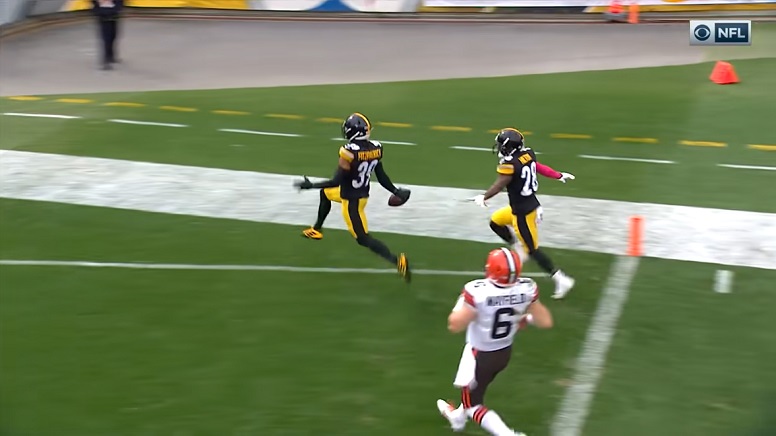 Is the AFC North the toughest division in the AFC right now? Many would say that it is as the division includes three young former first round draft pick quarterbacks and a two-time Super Bowl champion quarterback in Ben Roethlisberger, who is now entering his 18th NFL season with the Pittsburgh Steelers.

The other three young quarterbacks in the AFC North are Baker Mayfield, Lamar Jackson and Joe Burrow of the Cleveland Browns, Baltimore Ravens, and Cincinnati Bengals, respectively. All three are former Heisman trophy winners as well. Mayfield is 25 years old while Jackson and Burrow are both 24 years of age.

Steelers safety Minkah Fitzpatrick, who is also 24 years old like Jackson and Burrow, let Teresa Varley of steelers.com know recently in an interview that he looks forward to competing against the three young quarterbacks in the AFC North for several years to come.

“I love it,” Fitzpatrick told Varley. “I love the fact that we have three Heisman winners and three great teams we play in our division. It keeps you on your P’s and Q’s. These guys we are playing, when you look back 10, 20 years from now they will be the ones people are talking about as the best in the game. When you have the chance to compete against them twice a year, sometimes three times a year, it’s awesome. I love it.”

Of those three young AFC North quarterbacks, Mayfield is the only one that Fitzpatrick has intercepted. That picked off pass came in last season’s game against the Browns and included Fitzpatrick returning the bad throw from Mayfield 33 yards for a touchdown.

“I am a competitor, and I am always going to want to go against the best of the best,” Fitzpatrick told Varley.