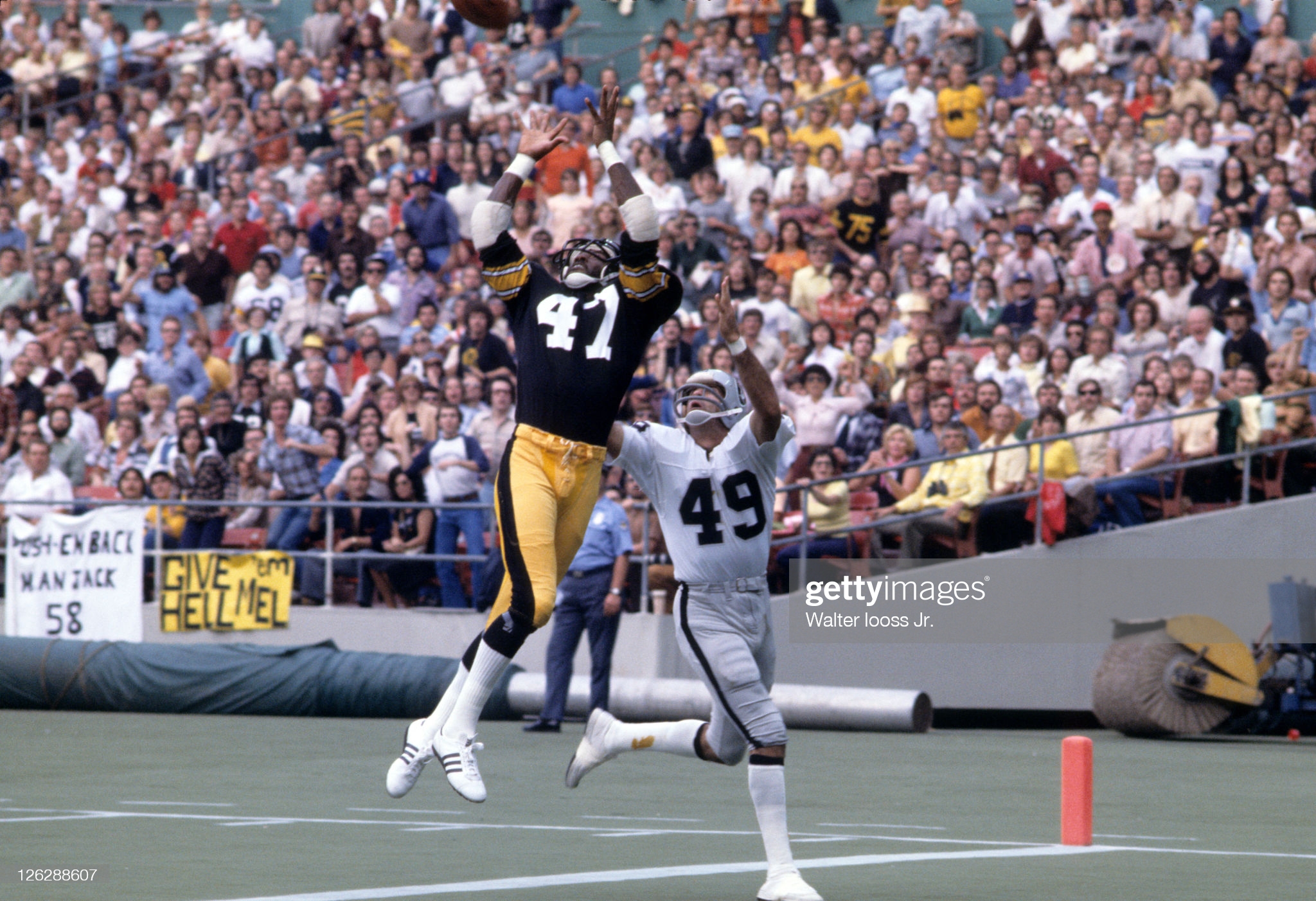 Widely and appropriately regarded as being among the best to ever play the game, former Pittsburgh Steelers cornerback Mel Blount is perhaps best known as the guy who became synonymous with a rule change in the late 1970s that marked a seismic shift in the way defenses were allowed to cover players, thus marking the beginning of a stark shift in favor of the passing game.

Informally known as the ‘Mel Blount Rule’, its installation in 1978 prohibited defenders from making anything more than incidental contact with offensive players beyond five yards from the line of scrimmage, allowing receivers much more access to open spaces, and giving quarterbacks more open targets.

But Blount was not victimized by the rule by any means, and in fact made the Pro Bowl in the first season of its application, and in three of the first four years. Perhaps he may even have preferred it be in place for his entire career, because it would have meant more passes, which meant more interceptions.

“If I was playing in today’s game, and they’re playing 16 games and they’re throwing the ball 80 percent of the time, I’m coming out of every game, and I’m not lying, with at least two interceptions, if not more”, he recently told Bryant McFadden and Patrick Peterson on the All Things Covered podcast, when he was asked if he believes he could play under today’s rules.

“I had 11 interceptions in 1975. On the average, they were throwing the ball 13 times a game. When they put that ball in the air, man, this is my opportunity”, he added, estimating that he would see maybe two or three targets per game.

Following a 14-year career, Blount retired with 57 career interceptions. He recorded at least six interceptions in a season on four separate occasions, including during a three-year stretch between 1975 (when he had 11 in a 14-game season) and 1977, the year before the rule change.

He still ranks tied for 13th all-time on the career interceptions list. He ranked seventh at the time of his retirement. He holds the all-time Steelers record, though they made be one of very few teams with three players in their history to record at least 50 for their franchise, joined by fellow Hall of Famers Jack Butler and Donnie Shell. Rod Woodson ranks third all-time with 71 interceptions, but ‘only’ 38 came during his 10 years in Pittsburgh.