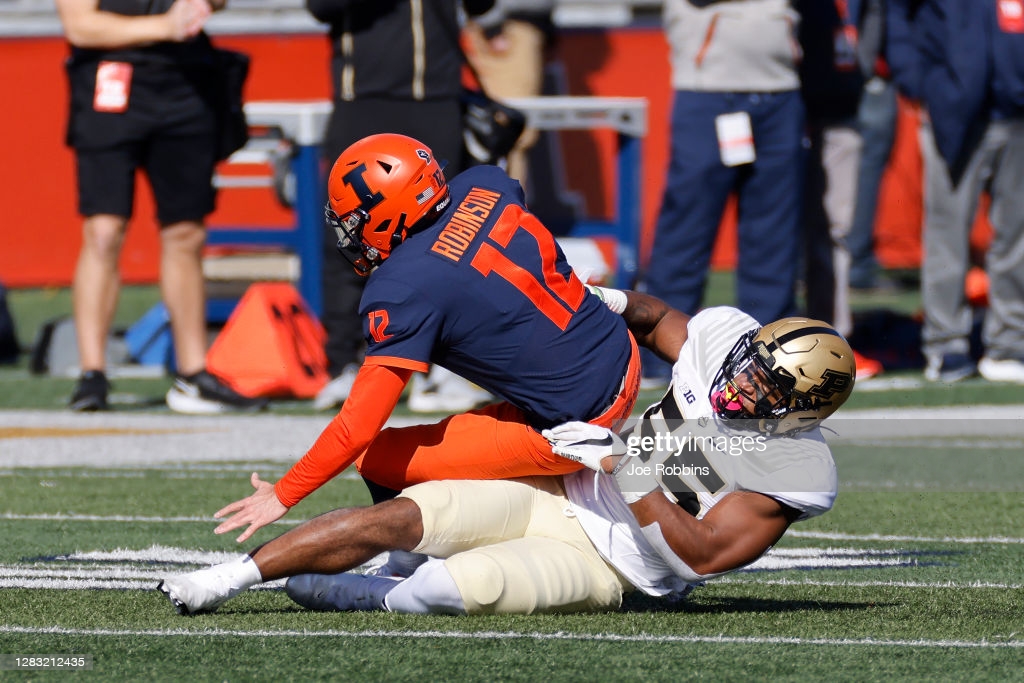 Circling back to some Pro Day tracker information. Initially, I didn’t think the Pittsburgh Steelers had anyone at Tuesday’s Purdue Pro Day. But after going back through some video, I found ILBs coach Jerry Olsavsky attending the workout. He was on-hand to check out LB Derrick Barnes, who by all accounts had an awfully impressive workout. And Olsavsky was there to put him through drills.

In one of the Boilermakers’ Pro Day highlight reels, you can just barely see Olsavsky flash across the screen as Barnes goes through drills. The Cincinnati Bengals were also on-hand to work him out.

If you couldn’t catch it, here’s the screenshot.

Barnes had a top-level workout, turning in strong numbers across the board. Senior Bowl Director Jim Nagy tweeted out the results.

Given his production and strong Pro Day workout, it wouldn’t be a surprise to see his name come off the board much earlier than many expect. NFL Mock Draft Database has him averaged as a 5th rounder but there’s a chance he goes a round or two earlier than that. Following Vince Williams’ release, the Steelers are one team potentially looking for an inside linebacker to pair next to Devin Bush. Barnes size, speed, and pass rush ability would make him an excellent scheme fit.

Look for a scouting report on Barnes in the near future.