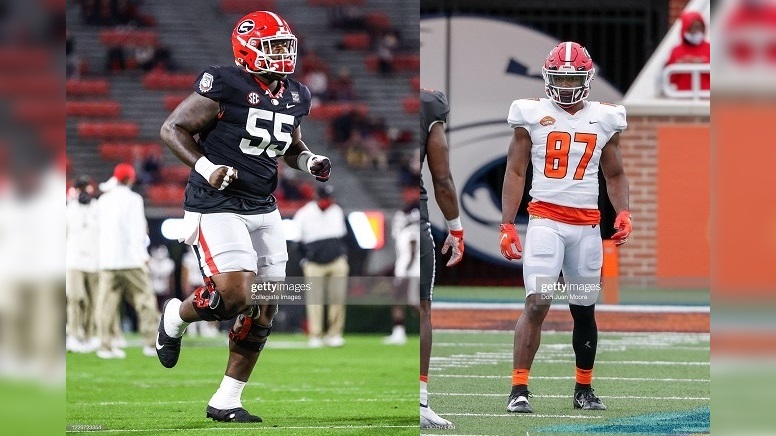 Georgia seems go be the center of the college pro day universe on Wednesday. Pittsburgh Steelers general manager Kevin Colbert and head coach Mike Tomlin are both on hand to watch several draftable players go through the paces. One of those draftable players is center Trey Hill and he said during his Wednesday media session that he has talked to the Steelers “a lot”.

Hill, who measures in at around 6’4″, 319-pounds, also said on Wednesday that he models his game partially after the Pouncey twins. One of those twins is obviously former Steelers center Maurkice Pouncey, who retired earlier in the offseason.

The Steelers are obviously in need of a center this year so it’s not surprising that Hill has gotten some attention from the team so far during the draft process. We have already profiled him for the site and you can read that report by following the link below.

In addition to having interest in Hill, Georgia tight end Tre’ McKitty also said on Wednesday that he’s talked to the Steelers as well.

McKitty is listed on the Georgia site at 6’5″, 245-pounds. He caught 56 passes for 628 yards and three touchdowns during his four college seasons of which the first three came with him playing at Florida State. McKitty is considered a day-three prospect. He was at the Senior Bowl this year as well.

Georgia center Trey Hill says he's talked with the Steelers "a lot" and also says he models his game partially after the Pouncey twins. Both Kevin Colbert and Mike Tomlin were at UGA's pro day today.