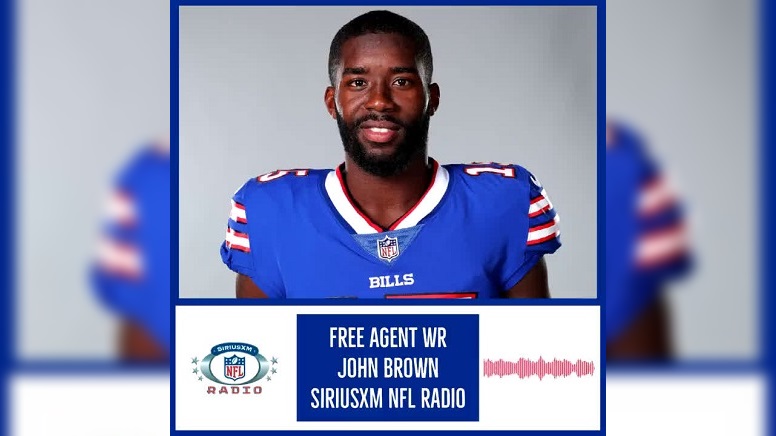 The Buffalo Bills recently parted ways with veteran wide receiver John Brown and that means the Pittsburg State product is looking for a new team to play for. Brown, who missed several games in 2020 due to an ankle injury and a positive COVID test, was a guest Thursday morning on SiriusXM NFL Radio and he listed the Pittsburgh Steelers and Indianapolis Colts as two teams he would like to play for.

“It depends who need receivers, but I definitely, you know, the Pittsburgh Steelers, Big Ben [Roethlisberger] is definitely good with the deep ball,” Brown said when asked which type of team he would like land with for the 2021 season. “And the Indianapolis Colts, you know, the way they used T.Y. Hilton and when we played those guys in the playoffs last year, I walked off and I’m like, you know, this team is, they’re up and coming, They’re going to be a problem in the next few years. So, I’ve got options. Like, I feel like I would fit in anywhere. But you know, like those are just the main two off top and anywhere I can come in and help and be like a small piece to the puzzle, or if they need me to be a big piece to come in and help the younger guys out and move around and do what I have to do. So, those are the main two teams though.”

Brown would most likely be a good fit on the outside in the Steelers offense as he is still a very good field stretcher at his age. He has moved around in offenses throughout his NFL career but probably wouldn’t be a big candidate to play in the slot if the Steelers lose wide receiver JuJu Smith-Schuster in free agency.

Brown figures to come cheap for some team in the coming weeks and he said Wednesday he’s healthy and ready to help a team.

"The Pittsburgh Steelers, Big Ben is definitely good with the deep ball and the Indianapolis Colts"

– Free Agent WR John Brown joined us to talk about his release and teams he'd like to play for.

John Brown can still make plays outside at 30 #Steelers pic.twitter.com/EUy1umkTXH