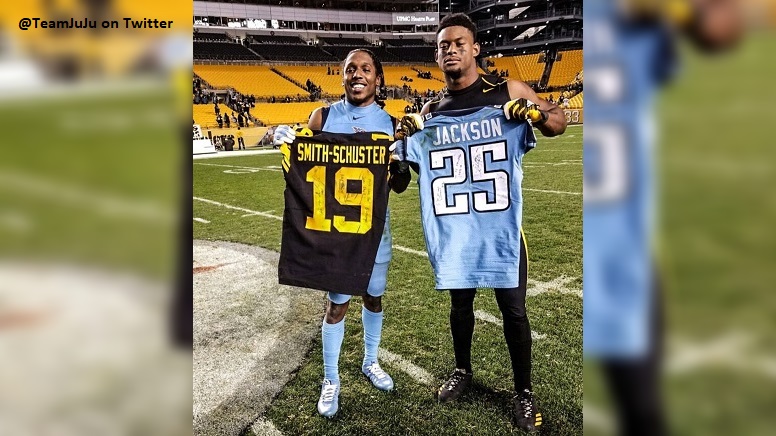 The Pittsburgh Steelers look like they will jettison cornerback Steven Nelson soon as they have told him to go ahead and seek a team willing to trade for him as of Friday. Basically, I would expect Nelson and his $8.25 million salary for the 2021 season to be gone by this same time next week. Assuming Nelson is now in his final days as a member of the Steelers, the cornerback depth chart would then consist of Joe Haden, Cameron Sutton, Justin Layne, James Pierre, Trevor Williams, and Stephen Denmark. Is that good enough? Would the Steelers consider signing an experienced cornerback in the next few weeks? It’s possible, I suppose.

One experienced cornerback that won’t be coming to the Steelers is Kyle Fuller. He was released by the Chicago Bears on Saturday and he immediately agreed to one-year, $9.5 million deal with the Denver Broncos. With Fuller scooped so quickly, the list of free agent cornerbacks the Steelers might want and be able to afford isn’t great. However, one intriguing name on that short list is former Tennessee Titans cornerback Adoree’ Jackson. The Titans picked up Jackson’s fifth-year option last May but released him a few days ago before his $10.2 million salary became fully guaranteed. While Jackson has had some attention since being released, he’s yet to sign.

What is Jackson’s market value right now? The Titans obviously didn’t view it as being $10 million and maybe that’s the result of him missing 18 combined games the last two seasons. Teams probably want to be careful with the money they give him this year for several reasons. Would Jackson take a one-year deal worth $5 million from the Steelers to reestablish his market value in 2021? While I don’t know for sure, the Steelers could theoretically make such a price work right now and especially if they added four voidable years on to 2021 to drive down the cap charge. It’s not an advisable wat to structure contracts, but they sure are on the voidable year train this offseason just the same.

Slide this contract over to Adoree' Jackson now. Who says no? #Steelers pic.twitter.com/CLUs7LlYC6

With Sutton and Haden manning the outside, Jackson could play in the slot for the Steelers and thus take over the spot and snaps that recently departed cornerback Mike Hilton has played the last several seasons. If Jackson remained healthy in 2021, he could possibly return to pre-injury form and then hit free agency in next March and cash in big.

There are currently a few Steelers players under contract right now that know Jackson well in wide receiver JuJu Smith-Schuster and tackle Zach Banner as they both were teammates of his at USC. According to Twitter on Saturday night, Banner is trying to recruit Jackson. Is it for show? We’ll see.

Obviously, Jackson’s market value might be the biggest obstacle in all of this. If it is much more than $5 million, the Steelers aren’t likely to be interested Additionally, the Steelers might have other plans and they might be happy with their depth chart after Nelson is gone. All that noted, of the remaining unsigned cornerbacks right now, Jackson is probably the most attractive one when it comes to the Steelers.