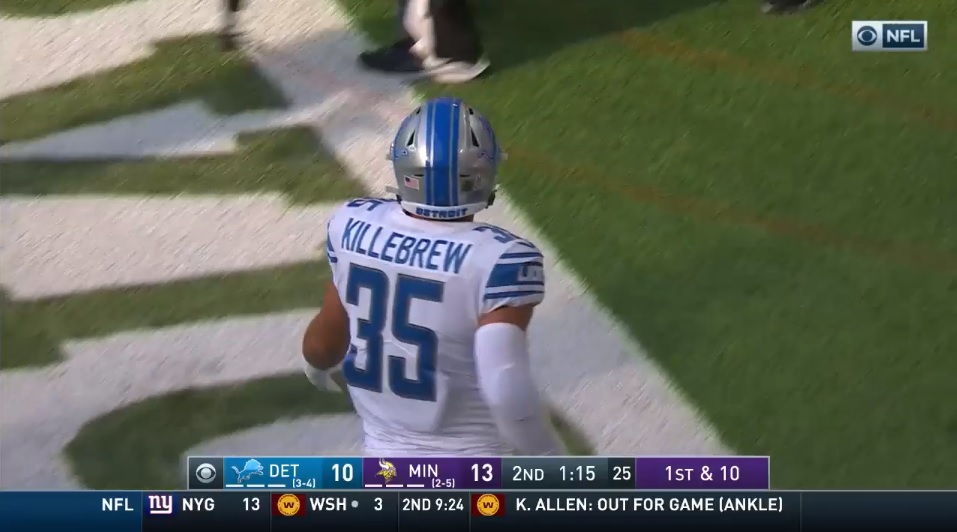 Man, nothing gets me more excited than talking about core special teamers. So if you’re that kind of guy, you’ve struck oil with this post. That’s who new Steeler LB/S Miles Killebrew is. You can list him as a safety, you can list him as a linebacker, but his role is the same. Special teams. That’s who he’s been since being drafted in the fourth round by the Detroit Lions in 2016. And that probably won’t change much in Pittsburgh.

He’s been among the league’s most core special teamers since coming into the league, very similar to how Tyler Matakevich had been used in Pittsburgh (and then in Buffalo). In fact, he didn’t play a single defensive snap last season. But his 354 special teams snaps were second most on the Lions and tied for 11th most in the NFL. And he had a whopping 12 special teams tackles last season, giving him 43 since 2016.

According to Pro Football Reference, over the last five years, he has the third most special teams tackles in the league. Here’s the top five.

Strong company to be included with. Bethel is a multiple Pro Bowler, Thomas made one Pro Bowl (the Steelers tried to sign him a couple years back) while Odum is a one-time All-Pro.

Killebrew wore a variety of hats. On kick coverage, he lined up all over. On his tackles alone, I have him down lining up as: R5, L2, R1, L5, R4, R2, L4, and L3. My guess for that was the Lions’ attempt to move him around so defenses couldn’t key in on him and gameplan for him as well. Just like moving around a star receiver so defenses have a tougher time responding and matching up.

On punts, he began the year as the Lions’ left wing before moving to right wing a quarter into the season. Not 100% sure the reason why. Probably due to injury. 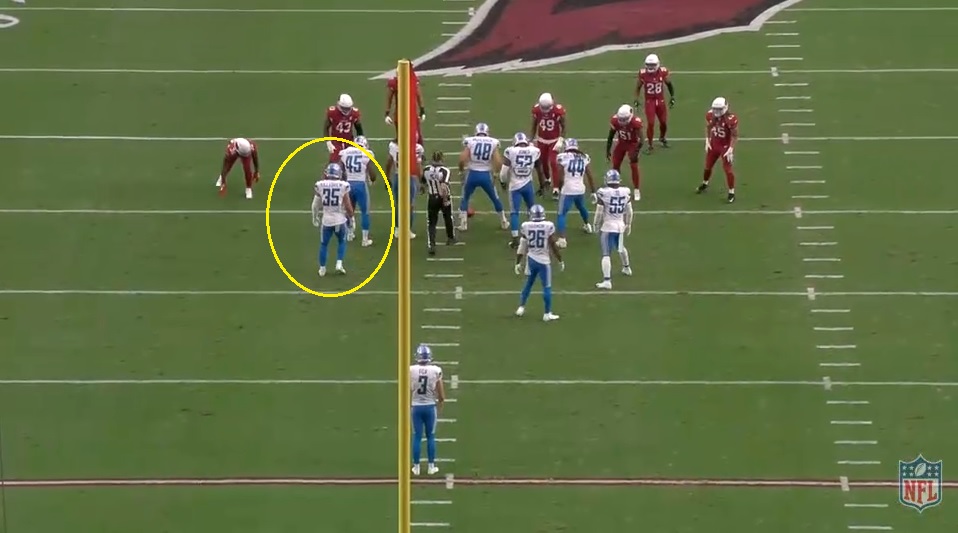 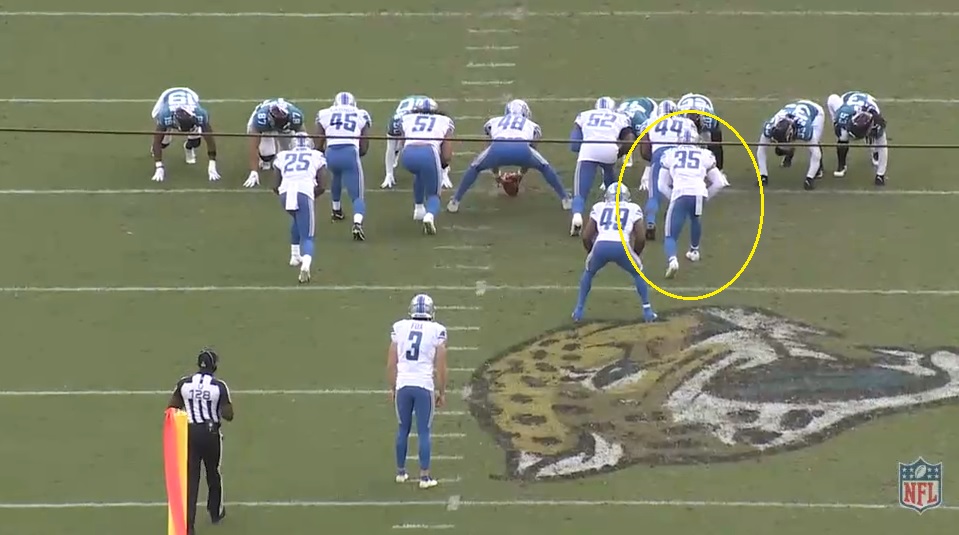 Last year, the Steelers’ wing players were Sean Davis (LW) and Benny Snell (RW). Snell probably keeps his spot because he did a good job in that role but Davis hasn’t been re-signed. So Killebrew could replace him. And he’d be an upgrade.

Coming out of Southern Utah, I wasn’t crazy about his tape as a potential defender in the league. But he had the traits to be a strong special teamer. Mainly, he was physical and not afraid to throw his body around. And he’s a big dude, that safety/linebacker hybrid, though he’s been listed as a safety for most of his career.

He’s got that crazy, hair-on-fire mentality and he’s a strong finisher and tackler. And I love special teams aces who command double-teams and still make an impact. Week 3 last year, takes on and splits the double-team and makes the tackle. Game-planned for and still win the block? That’s talent.

Here versus Minnesota, Killebrew isn’t double-teamed but defeats the block, adjusts his angle, and finishes with a strong tackle inside the 15. Major win for your kick coverage team.

And I love watching special teamers when the play isn’t focused on them. That’s when you see the most fun. Bit of a Jordan Dangerfield vibe with how aggressive Killebrew can be on the wing. Love the violent finishes here against the rusher. Especially the second. Toss the guy to the ground, then go attack the punt. Right wing in both of those clips.

Is There Potential For More?

When Killebrew has played defense, at least in 2019, he was used as a run-down linebacker. So the Steelers may view him the same if injuries forced their hand. Although I haven’t seen it on tape, he could compete for a spot in some sort of big nickel or dime-backer situation though I wouldn’t want him out there as a cover guy. Certainly not matched on WRs over slot as #2 or #3 and even athletic tight ends are going to give him fits.

But depth for that big nickel/dime backer role is light right now. He has a similar profile and skillset as second-year player Antoine Brooks Jr. There’s a chance they could compete for some sort of sub-package role. Pittsburgh also used a 3-5 against the Ravens and Browns last year to stop the run. Killebrew could have a role here. The Steelers used three OLBs in that grouping last year but with Bud Dupree gone and EDGE depth weak, they could turn to another position. 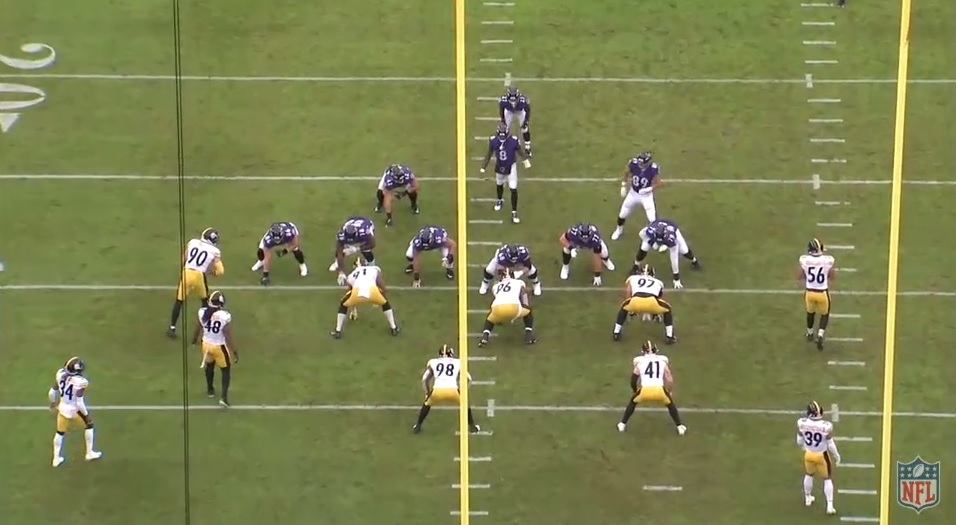 Who Does Killebrew Replace?

Maybe the hardest question to answer because there’s several options. If he logs time on defense, it’ll be as more of an inside linebacker so in that sense, he fills Vince Williams’ spot, though he’s definitely not going to start. Maybe he takes Jordan Dangerfield’s role as “core special teamer.” He could move to the upback/personal protector spot, I’m sure. I’d hate to see Dangerfield not return though. Having both guys would really solidify your special teams unit.

But I see him as Sean Davis’ replacement. Not from a defensive usage standpoint but you gotta remember, Davis had a hard time seeing the field last season. He only played 50-something snaps a year ago and most of those came in the Week 17 finale. Despite some of the injuries and youth in the secondary when depth was tested, Davis never carved out much of a defensive role. But he played a ton on special teams, especially on the punt team. Like I said, Davis was the left wing, which is where Killebrew started 2020 for the Lions. Killebrew could take that spot and be a serious upgrade; Davis was not a good special teamer last season.

In 2021, you’ll have Minkah Fitzpatrick, Terrell Edmunds, Antoine Brooks Jr, and Killebrew on the roster. I’d like them to still bring back Jordan Dangerfield and then draft someone, more of a free safety type, on Day Three. Roll with those six safeties with five cornerbacks: Joe Haden, Cam Sutton, James Pierre, Justin Layne (though I don’t think he’s a lock to make the team), and a rookie. But we’ll see what the rest of the Steelers’ plans are.