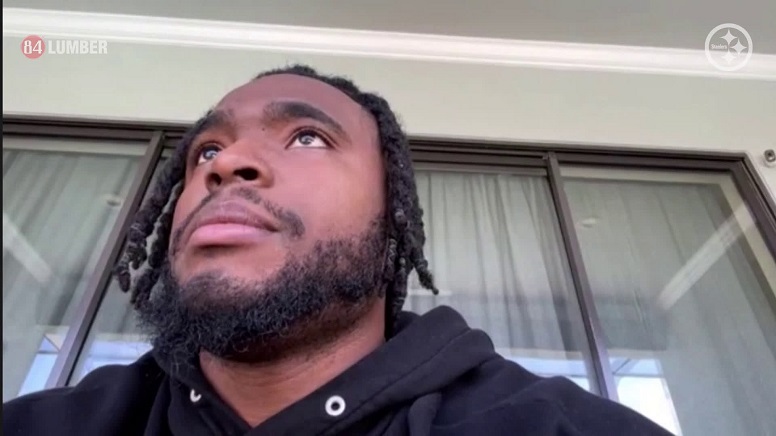 Pittsburgh Steelers wide receiver Diontae Johnson will enter his third season in the NFL when March 17 gets here and after his first two seasons showed him progressively getting better, he still has a lot of room for improvement. Recently, Johnson, who is apparently doing his offseason back in Florida, talked about what all he’s doing this offseason to make sure he takes his game to the next level in his third NFL season.

“I kind of look at trying to like watch a couple of the games, the highlights on YouTube, or whatnot,” Johnson recently told Missi Matthews of steelers.com. “Because, I mean, I miss it every day. I mean, I try to look for the things I could have done better throughout the whole year because each year I’m learning something new, whether that’s at my position or somewhere else on the field, I’m learning something new, trying to elevate my game any way as possible.”

While Johnson certainly had his share of ups and downs and bumps in the road this past season, the Toledo product and 2019 third-round draft pick still feels good about what he did as a whole in 2020.

“Although besides the drops, or whatever, I still had a great year,” Johnson said of his 2020 season. “Plays were made, teammates I was with this year that pushed me to play at the level I was playing at. Just, they made me better every day and that just made me go harder in the game and my work showed in the games.”

With Johnson bringing up his 2020 drop issues last season, Matthews proceeded to ask him to recall what all he did to get through those rough spots of being unable to hold on to catchable passes.

“It’s kind of all really just all really mental stuff, you feel me? Like just really getting into my head,” Johnson said. “Just seeing those things on social media, people bashing my name about dropping the ball, but also forgetting about what you did in the beginning of the season, all up until that point. Like, I’m not perfect. I’m never going to be perfect. I mean, the best of the best drop the ball. So, you can’t dwell on that. So, I just use that as fuel and I just locked in that following week.”

While the Steelers will definitely have veteran quarterback Ben Roethlisberger back for the 2021 season, it’s still up in the air if wide receiver JuJu Smith-Schuster will be back as well as he’s still unsigned with the start of free agency a little less than two weeks away. Should Smith-Schuster ultimately not be re-signed, Johnson’s targets in 2021 could increase even more. He led the Steelers in pas targets in 2020 with 144, which is an extremely high number. That said, Johnson’s predecessor at the X receiver position, Antonio Brown, had more than 144 pass targets in a single season six times during his career in Pittsburgh.

Johnson has the skills needed to be a top wide receiver in the NFL and now with him being a third-year player in 2021, he’ll be expected to producer at least 110 receptions and 1,000 receiving yards. By the sound of his talk with Matthews, those are certainly two statistical goals he thinks he’ll be able to achieve in 2021.

“I just want to keep elevating my game this summer and come back stronger, faster, all that stuff and show Steeler Nation that I’m still Diontae Johnson,” Johnson told Matthews.