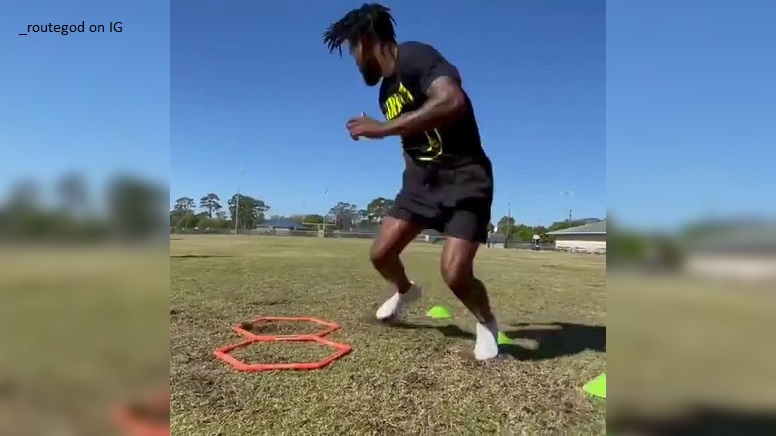 Will Pittsburgh Steelers cornerback Cameron Sutton still be a member of the organization a few weeks from now? It’s hard to tell for sure because the former third-round draft pick out of Tennessee is scheduled to become an unrestricted free agent on March 17 if he remains unsigned. While Sutton prepares for what his future holds, he’s busy doing his offseason training.

According to some Instagram posts on Wednesday, Sutton is currently busy training with James Everett, who is better know as ” The Route God” in Tampa, FL. You can see some of those videos of him getting put through the paces.

Sutton played extensively in 2020 as he logged 548 regular season snaps and 186 more on special teams. He played outside and inside throughout the regular season and even started six games and the lone playoff game the team had.

In total during the 2020 regular season, Sutton recorded 29 total tackles on defense. He also had one tackle for loss, one sack, one interception, eight passes defensed, three forced fumbles and a fumble recovery to go along with one special teams tackle.

For the right price, the Steelers might have a shot at re-signing Sutton before the start of free agency a week from now and especially if his market value is $4 million or less per season. Hopefully they can retain him.