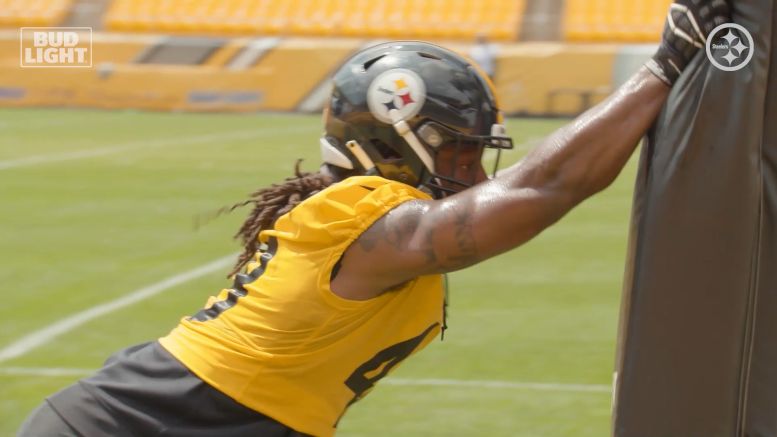 Unless I’m misremembering one or two prior deals, Bud Dupree’s five-year, $82.5 million contract that he signed with the Tennessee Titans is the largest that a Pittsburgh Steelers free agent has ever signed in the history of the NFL. He is one of a relatively small handful of players this offseason to have really been paid as anticipated.

The Steelers got six years out of him, though, during which time he was on the upswing most of the time, with the past two seasons being the best of his career. But he’s certainly had bumps in the road along the way to get to where he is now, and he believes those trials have shaped who he is and who the Titans are getting.

“I was a first-round pick, came into the league, pretty strong rookie campaign”, he said in an interview with the Titans’ website. “Second year, I missed like 10-11 games due to a sports hernia. I only got a chance to really play like the last couple games and in the playoffs. I changed from the left side to the right side and was able to just start making the adjustment on that side of the ball as well”.

“Overcoming adversity”, he said, is the biggest thing that he believes he learned in Pittsburgh that he is bringing to Tennessee. “Just keep grinding in, grinding out to get to where I’m at now”.

In 2019, Dupree finished the season with 11.5 sacks and four forced fumbles, both of them representing clear career highs. A year ago, he was at 8.5 sacks at the time that he suffered a torn ACL with five games left to play in the regular season.

The Kentucky product continues to work his way back from that knee injury, and has not yet been cleared to be a full go in practicing on his own, but he has been chomping at the bit for that opportunity. He said that he already worked out with new teammate Jeffrey Simmons last year in the offseason, and they have plans to hook up this Spring and Summer when he is medically permitted to do so.

Looking back at his time in Pittsburgh, the 2019 season was really the only year he has had that wasn’t clearly marked by injury since his rookie year. Even in 2017 and 2018, he dealt with more minor but lingering injuries that affected his play, one a groin injury and the other an upper body injury that, for most of the season, prevented him from being able to raise his arm above his neck without extreme discomfort.

But he has also clearly taken significant strides in his game over the course of the past two years as well. It will be interesting to continue to follow his career in Tennessee and see if he is still capable of being that 10-sack guy. For those not interested, well, you can at least enjoy the third-round compensatory pick they will get for him.