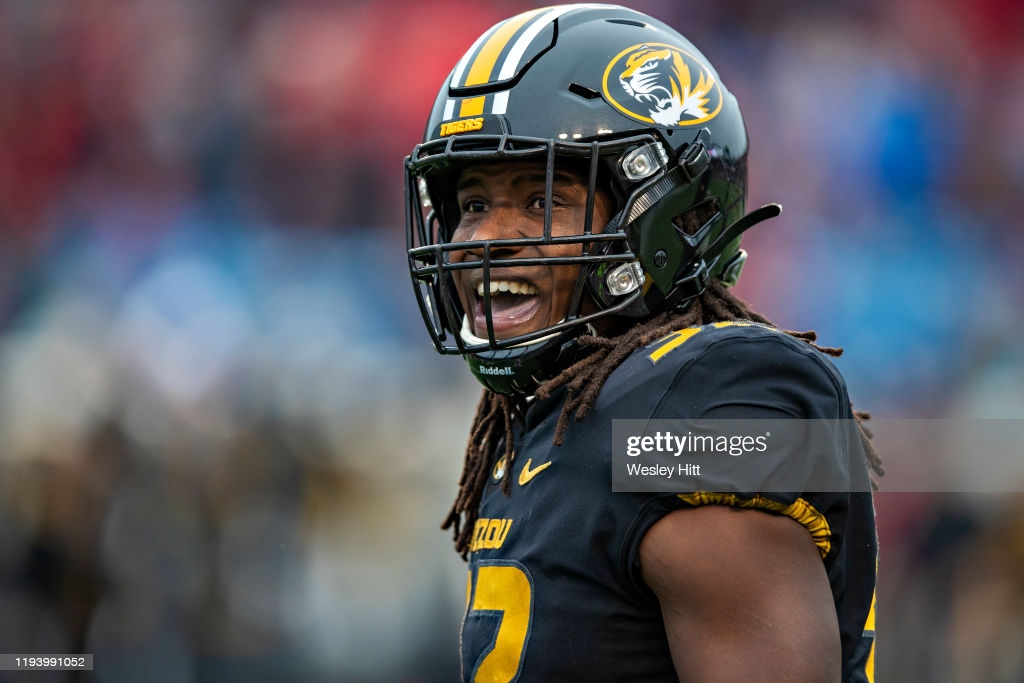 With the 2021 NFL Draft a little over a month away, and free agency already losing most of its steam, the focus within the league is shifting more and more steadily on the upcoming event. Representatives from all 32 teams are scouring the country attending Pro Days to glean whatever information they can on this year’s draft eligibles.

It’s fitting, then, that the Pittsburgh Steelers just attended Missouri’s Pro Day, and spoke to linebacker Nick Bolton, because that’s whom Bucky Brooks has the Steelers selecting in his latest, second, mock draft of the offseason. This does not represent a change from his first mock draft back in early February, however, as he had Pittsburgh selecting him then, as well.

Missouri’s Pro Day was on Monday, and Steelers inside linebackers coach Jerry Olsavsky was in attendance. This is more notable than in most years because teams are limited to three representatives, so if you’re bringing an assistant coach, it’s because you’re really looking at one player. Bolton also confirmed that he spoke with Mike Tomlin and Kevin Colbert over Zoom.

It’s not the only carryover from his first mock draft, and his reasoning remains the same as it does for the other picks he didn’t change. “The heat-seeking missile out of Missouri is the perfect partner for Devin Bush between the tackles”, he writes, though it’s all the more notable now since the team has released starter Vince Williams since then.

Bush, of course, was the Steelers’ first-round pick in 2019. They traded up, from 20 to 10, in order to get him, and he became the first rookie in team history to post 100-plus tackles. He also recorded six takeaways. His encore performance this past season, however, ended prematurely when he tore his ACL.

The Steelers have used a first-round draft pick on a linebacker every other year since selecting Jarvis Jones in 2013. They added Bud Dupree in the first round in 2015, then T.J. Watt in 2017, followed by Bush in 2019, so Bolton would certainly fit a pattern. He would also be the second Missouri product they take in the first round, the first being Ziggy Hood in 2009.

We already have a draft profile up of Bolton, in fact, for over a month, written by Josh Carney. He notes that his lack of size can limit him, but is an athletic downhill player and physical tackler with a high motor and good processing speed.

As it currently stands, Robert Spillane, entering his third season, is in line to move up into the starting lineup on a full-time basis. He started seven of 12 games last season after Bush went down, though he missed the final four games of the regular season due to a knee injury of his own.

The Steelers are thin at the position overall, with only former safety Marcus Allen, the oft-injured Ulysees Gilbert III, and practice squad regular Tegray Scales behind Bush and Spillane.