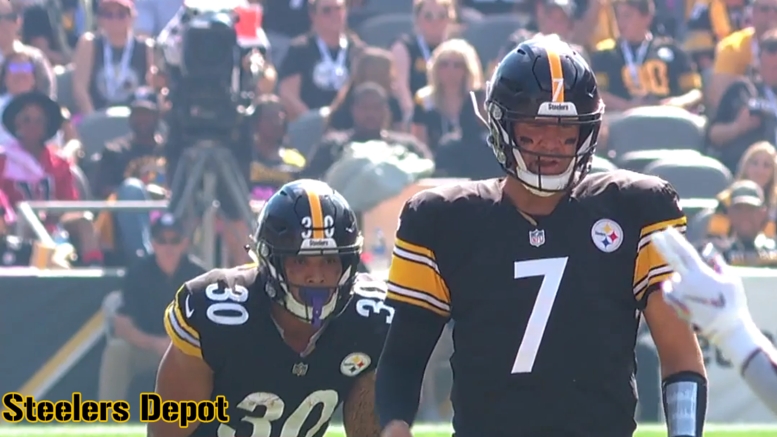 Is it possible that the Pittsburgh Steelers are not doing something horribly catastrophic with their decision to retain Ben Roethlisberger through at least the 2021 season, which is what his recent contract renegotiation all but insures–$5 million pay cut and all?

That is what Bruce Gradkowski, an area native and admittedly a friend of Roethlisberger’s as his former backup, recently suggested to host Lance Medow during an appearance on SiriusXM, even if he would largely chalk it up to a lack of alternatives.

“I was concerned of what they had behind Ben. Like, if Ben’s not back, nothing against Dwayne Haskins and Mason Rudolph, but I think the Steelers are better off with Ben right now at the helm”, he said.

When you have been around one type of structure for as long as Roethlisberger has, you don’t want to have that uprooted at the late stages of your career, but there is plenty of recent precedent of other quarterbacks at a similar point in their career doing that and having success.

“Now, how can that structure it to put him in a position to succeed, but also take some pressure off him? Get a running game going, have some plays under center”, Gradkowski said in offering tweaks that could help the offense, and Roethlisberger.

“Where’s the play-action pass? They have some weapons, and we’ll see how they do it, but I think it’s good new for the Steelers that he is back, but we’ll see how that goes, because there’s still a lot of pieces around him that they need to bring back”, he finished.

Roethlisberger’s status as a future Hall of Famer and done of the best to ever do it has been cemented long ago, and he will only continue to climb up further in the record books in 2021 for perhaps one final season, but of course what he is shooting for is another title.

At least based on our readership, the majority of Steelers fans already seem to be convinced that that is not a possibility. For these fans, nevertheless, I hope that you continue to tune in and follow along with us to see this thing through to the end…and into whatever comes next.

“I think the @Steelers are better off with Ben right now at the helm.”@bgradkowski5 thinks Ben Roethlisberger re-signing in The Steel City was the right call for everyone.#Steelers | @LanceMedow pic.twitter.com/FoyuYIUd6z