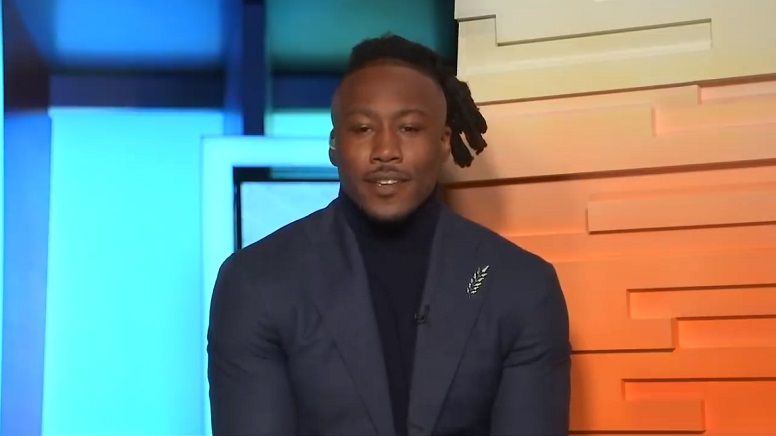 The debate on whether the Pittsburgh Steelers made the right decision to bring back veteran quarterback Ben Roethlisberger for 2021 started last week and will now likely continue until the team’s season comes to an end. On the recent heels of it being determined that Roethlisberger will indeed be back for an 18th NFL season in 2021, the major hot takes were flying around entering the weekend even more than Roethlisberger dropped back to pass on average last season.

Former NFL wide receiver Brandon Marshall, who is now an analyst on ‘First Things First’ on Fox Sports 1, let it be known headed into the weekend that while he understands the Steelers decision to bring back Roethlisberger, what will make it the correct one all depends on the attitude that veteran quarterback has and especially toward new offensive coordinator Matt Canada and the kind of offense he wants to run.

“It’s not that Big Ben can’t get it done, that’s not the issue,” Marshall said of Roethlisberger returning in 2021. “It’s his stubbornness to be like, ‘I want to hand the ball off’ or ‘I want to do things a little differently.'”

Marshall didn’t stop there, and you can tell he needs to be made a bequivers that Roethlisberger can accept doing what’s best for the Steelers offensively in 2021, as opposed to what he might really want to do. He thinks if Roethlisberger were to become more submissive as a quarterback that he and the Steelers might just benefit from it.

“Now, I do believe they should sit down and try to figure out what works best for Big Ben, what works best for the offensive coordinator, but Big Ben runs the show and he’s been running the show for a very long time and they haven’t been back to the Super Bowl, Marshall said. “So, I think that this is the start of a transition and if Big Ben was somebody that would embrace more than yoga and more than a StairMaster, he might find himself in a good position where he would have a good season and maybe he would play another year or two.”

While Roethlisberger and the Steelers rolled out to an 11-0 start last season with the quarterback throwing the football quite a bit on average every game during that span, Marshall cautioned heading into the weekend that what happened during the team’s final several games of 2020 is a better reflection of the overall play.

“Don’t forget what happened in the last four or five games,” Marshall said of the Steelers 2020 season and specially, the play of Roethlisberger at quarterback. “The last four or five games, that’s where most of those interceptions came in at. That’s where a lot of those incompletions came in. He started off hot. They started off 11-0, but what happened the second half of the season? You know, he started trending in the wrong direction. So, I think that is the Big Ben that we saw.”

Marshall started wrapping up his thoughts on Roethlisberger by recapping what he thinks the quarterback will need to do in 2021 for the Steelers to compete for a playoff spot and beyond and how he doesn’t need to have another season of throwing the football excessively.

“And it’s not just like, look, if Big Ben embraced morning yoga and the StairMaster, I truly believe he can go out there and help his team win,” Marshall said. “But that happens with the understanding that we’ve got to do it a certain way on offense. I don’t think they have a true identity on the offense. This is a team that’s been known for years to run power-O and take a couple of shots. They’re not doing that. Big Ben is dropping back and throwing it over and over and over again. He’s taking some shots down the field, but he’s dinking and dunking as well. So, I think the second half of the season is who Big Ben really is.”

I think outside of Marshall bashing Roethlisberger and saying that he’s stubborn, he’s right about how the veteran quarterback needs to throw less in 2021. While it is fine for Roethlisberger to drop back 40 or more times maybe a few games during the 2021 season to guide the team to victory, him doing so week in and week out and winning in the process just isn’t sustainable.

The Steelers seemingly feel the same way this offseason about the direction the offense needs to go and one of the charges to Canada will be that he figures out a way to get the running game revived and somehow in the top half of the NFL. Personally, I don’t see Roethlisberger getting in the way of that happening or being too stubborn to go along with whatever Canada believes is best for the offense.

“He can’t go outside of what the offensive coordinator wants to do,” Marshall said.