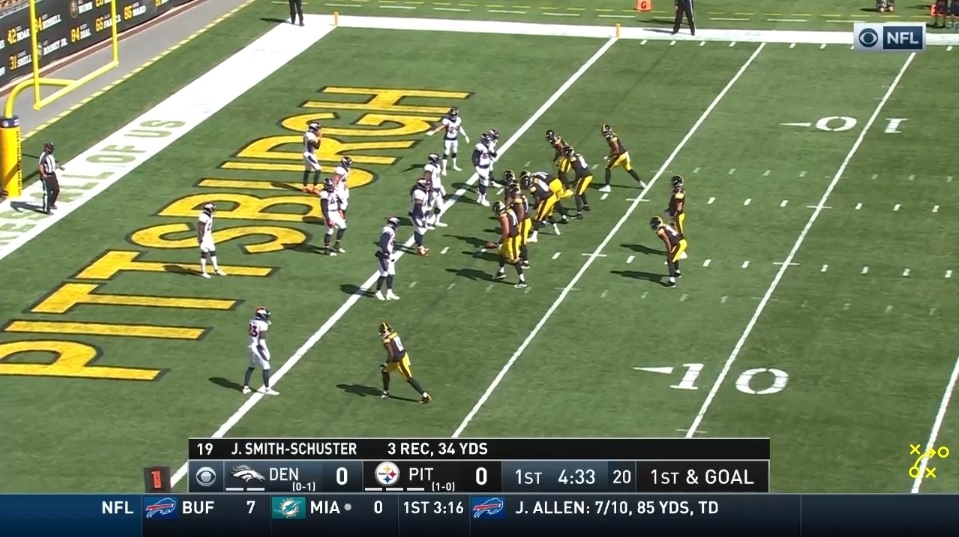 The goal for any offense every year is to be one of the top red zone units in football. Name of the game is scoring points and not just finishing with field goals instead of touchdowns. There’s a strong, obvious correlation between the top red zone offenses and playoff contenders. Over the last four seasons, teams who finished top five in the red zone made the playoffs a whopping 80% of the time. In the past two years, that number bumps up to 90%.

But none of that information is groundbreaking. Teams who finish in the red zone score points and win games. Duh.

The more interesting element is how high the bar of a top red zone offense was raised in 2020.

Think back to 2018. After having middling red zone offenses for years, the Pittsburgh Steelers exploded and led the league with a 73.5% touchdown rate. Not only was that far and away the best in the league, it was the NFL’s top mark since the 2003 Kansas City Chiefs. In past years, anything in the high 60s was enough to get you comfortably in the top five.

Pittsburgh did well in the red zone, scoring 66.1% of the time. But because the league took such a leap, that *only* was good enough for 8th best in football. In almost any year over the past decade, that number would’ve guaranteed them a top-five spot, sometimes as high as the #2 slot. Not anymore.

All of that is to say this. It’s a reminder of how potent offenses were in 2020. They scored more points this past year than any other season in NFL history, taking even a dramatic leap from 2019. When coaches set their 2020 goals, red zone offense has to at least hit the 70% mark. I liken this to a critique I wrote of Danny Smith’s net average goals years ago. Our mindset and expectations have to shift. It used to be that 70% would be best in football. Now? Maybe good enough to crack the top five. Offenses are evolving and our forecasts must evolve, too.