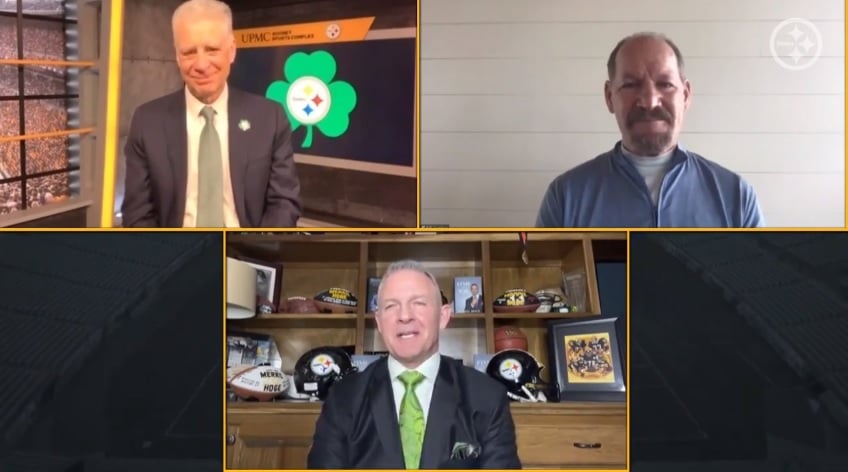 In making the announcement, Cowher reflected on the most important people in his life.

“You think abut your presenter for the Hall of Fame,” Cowher said. “You think about your mentor, not just your presenter. You think about the two guys who were my biggest mentors. Marty Schottenheimer. Played for him, coached for him, transformed what I did and what I thought about. And then Dan Rooney. Came here when I was 34 years old. The stories, the lessons, the history. The principles he stood for. I certainly left there a better coach but also left there a better person.

“I thought who will be my presenter. [My wife] and I looked at each other and go, this is a no brainer. I’m going in there as the head coach of the Pittsburgh Steelers for 15 years. That’s why I’m going in. I was introduced to Pittsburgh as a kid. I came back there as a professional. I learned how to be a professional because of the Rooney family. And I say all. From Patricia to Dan to John and Pat and his brothers…My presenter is going to be Art Rooney. I called up Art that night. I said, ‘Art you’re the only one because you knew me before and you knew me after.'”

Cowher was hired, as he said, at the young age of 34 coming over as defensive coordinator of the Kansas City Chiefs. He went on to fill the big shoes left by Chuck Noll, compiling a regular season record 149-90-1. His Steelers won the division eight times and made two Super Bowl appearances. In 1995, they lost to the Dallas Cowboys. A decade later, Cowher brought home one for the thumb, defeating the Seattle Seahawks in Super Bowl XL. Pittsburgh went on a magical postseason run, starting as the #6 seed and running the table.

Because of the pandemic, the 2020 and 2021 classes will be enshrined on the same weekend. The 2020 class will occur on Saturday, August 7th with the ’21 ceremony happening the following day. In total, five Steelers will be enshrined that weekend: Troy Polamalu, Donnie Shell, and Cowher from the ’20 class and Alan Faneca and Bill Nunn from the ’21 class.