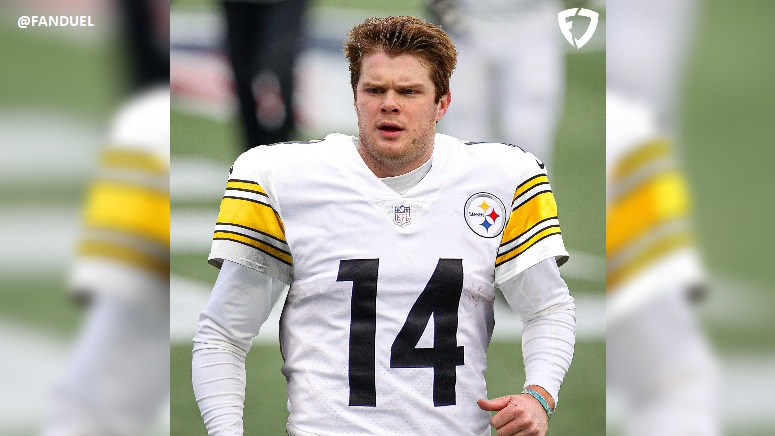 New York Jets quarterback Sam Darnold is back in the news again these last several days as several major NFL media analysts are starting to speculate one again that he might be on the move via a trade ahead of the 2021 NFL Draft taking place. I’m not so sure why, but it seems like the Pittsburgh Steelers are constantly being linked as a possible landing spot for Darnold via a trade and Albert Breer of Sports Illustrated is the latest notable major media member to do so in his weekly MMQB post.

Below is what Breer penned about possible landing spots for Darnold.

As for where Darnold could wind up next? I’d keep an eye on Carolina and Pittsburgh. Darnold would represent a worthy, and affordable, dart to throw at the quarterback board if the Panthers are convinced the quarterbacks they’d want will be gone by the time they pick at eight (and Atlanta having the fourth pick doesn’t help them). As for the Steelers, if the price is right they could see some similarities in how Darnold plays to how their own quarterback did in his early 20s, and throw Darnold in there to compete with Dwayne Haskins to be Ben Roethlisberger’s heir. Washington and Denver have also come up as possible landing spots, though I know each had some misgivings on his tape.

I mean, I understand why people want to link Darnold to the Steelers due to their quarterback situation that includes veteran Ben Roethlisberger now likely in his last season. And perhaps such a deal would be more feasible if the Steelers were in a better standing from a salary cap perspective but that just isn’t the case right now.

If traded to the Steelers, Darnold would be on the 2021 books with a cap charge of $4,604,685. That’s way too much when it comes to the Steelers. On top of that, Darnold’s fifth-year option decision needs to be made by May 3. With the 2021 salary cap now set, Darnold’s fifth-year option for 2022 is set at $18.858 million. If that option were to get exercised, it would become fully guaranteed once it happened.

If the Jets were willing to eat all but Darnold’s 2021 base salary in 2021 as part of a deal with the Steelers that would be one thing. Such a notion they would do so is quite outlandish, however. Sure, the Steelers have right around $12 million in available salary cap space for 2021 right now, but that full amount and a little more is already spoken for when it comes to expected post-March 17 costs the team will have. They will need to restructure a few more contracts just to have enough cap space for in-season work that might need to be done.

So, in closing, yes, Darnold to the Steelers trade does sound very intriguing from a future standpoint but from a current financial standpoint it just doesn’t make much sense at all. In short, I will be very shocked if such a deal between the Steelers and Jets for Darnold gets done.