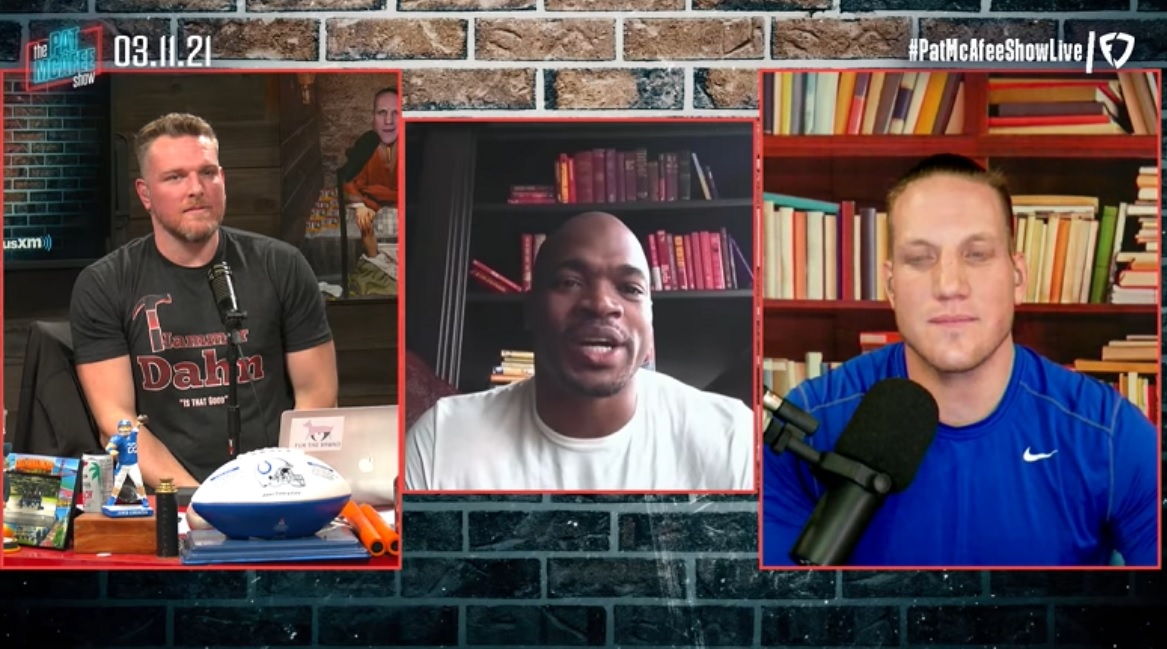 Who knows if the interest is mutual but RB Adrian Peterson would love to come to Pittsburgh. At least, that’s what he said in an appearance on the Pat McAfee Show. The Steelers were included in a list of teams Peterson rattled off in discussing potential suitors.

Co-host AJ Hawk made the correct point the Steelers need to run the football better than they did a year ago. In 2020, they were by far the NFL’s lowest ranked rushing attack and had their worst ground game in more than 50 years. And Peterson’s “competitive” statement indicates he wants to go somewhere where he believe he can win.

Despite turning 36 in less than two weeks, Peterson’s comments indicate he wants to play in 2021. A miraculous feat for any running back in this era. He and Frank Gore are absolute unicorns in this game.

Peterson played in all 16 games for the Detroit Lions last season, starting ten, and rushed for 604 yards and seven touchdowns. He said he’s unsure of what the future holds but hopes his market will begin to heat up once free agency officially begins Wednesday.

Peterson actually noted that there are two teams interested in him right now, though he declined to say who they were.

The odds of Pittsburgh being one of those teams calling is remote. Though they’re one of the most RB-needy teams in football right now, they are much more likely going to draft one than sign a 36-year old Peterson. Their sights are set on the likes of Alabama’s Najee Harris and Clemson’s Travis Etienne. Not someone like Peterson. And though Peterson said the Steelers showed interest in him back in 2017, that probably faded long ago.

Peterson himself said his favorite place to play would be Tampa. Mostly for financial reasons.

“I feel like Tampa Bay would be the best fit. No tax down there.”

Pittsburgh can’t beat that income tax or the warm winters. So don’t expect Peterson to make his way into Pittsburgh.

Check out the clip below from the show.