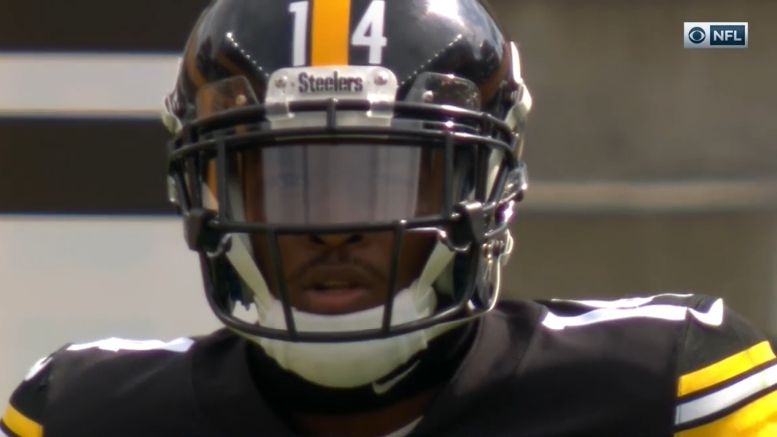 Reasoning: The Steelers announced yesterday that they re-signed wide receiver Ray-Ray McCloud to a one-year contract.

Considering the fact that he was signed in the middle of August during training camp—and that he was available to be re-signed—it is no small thing that Ray-Ray McCloud has earned a contract to return to the Steelers in 2021 after having a successful season primarily as a return specialist.

While we do not yet have the details on what that contract might be, it is most likely a deal for the veteran minimum, which for his level of experience for the 2021 season would total $920,000, a significant discount for even an original-round restricted free agent tender of more than $2 million.

He was never going to be retained on that kind of contract, however. Not yet, anyway. This past season was the first year in which McCloud really got to establish himself as a positive contributor after being in the league for three years with different teams.

The next step for him will be to be a more dynamic contributor on offense. While he caught 20 passes in 2021, that produced literally under 100 yards. His average depth of target was behind the line of scrimmage, so they clearly had a particular and peculiar plan for using him.

That can be expanded this year if they believe that he is capable of more and can be more involved in the offense, particularly in the slot, which would be much more significant in the even that the Steelers do not re-sign JuJu Smith-Schuster.

Just looking at this from a distance, though, McCloud is clearly in a much better position than he was a year ago. He has seen some meaningful NFL success now as a valued return man. Now he will have a full offseason, getting in on the ground floor of a new offense under Matt Canada, and possible in an offense with a bigger opening if Smith-Schuster is gone.

If he makes something of himself this year, then he can hit free agency, perhaps after having established himself as a viable slot receiver option for teams in addition to being a potential Pro Bowl-level returner on both punts and kickoffs.