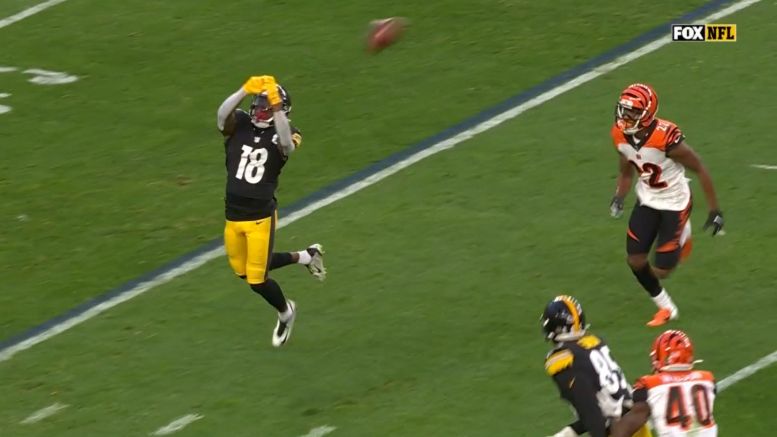 Question: How many targets could Diontae Johnson see if JuJu Smith-Schuster leaves in free agency?

All things considered, it’s somewhat remarkable how heavily Diontae Johnson was targeted last season. He entered the year having had minimal experience working with Ben Roethlisberger, playing behind JuJu Smith-Schuster, who had a well-established rapport and a history of a high volume of targets. Add in the fact that he missed time, and his target number is even more striking.

Even though he technically only missed one game, he also missed the majority of two others, during which he received a total of three targets. In all, he finished the season with 144 total targets, and only four game in the season finale with Mason Rudolph starting.

So he played 12 full games with Roethlisberger at quarterback, during which came 137 of his 144 targets. You average that out and you get a total of 11.42 targets per game, which translates to 182.67 targets over a full 16-game season.

Roethlisberger will only have even more trust in Johnson this year, and Smith-Schuster’s 128 targets will have to find new homes. A large percentage of those targets will inevitably come his way. Could he realistically approach 200 targets? It’s only been done five times since the target statistic began being tracked in 1994, most recently by Julio Jones in 2015. Antonio Brown was targeted 193 times in 2015 as well.