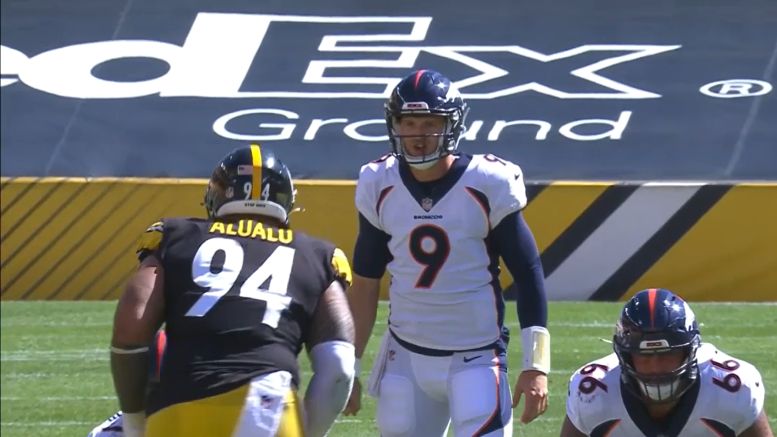 Question: How many more years does Tyson Alualu have left in the tank?

The Pittsburgh Steelers earlier this offseason had the good fortune of being able to retain the services of Tyson Alualu, even if it took a bit of arm-twisting and a bout of a virus to make it happen. Having previously agreed in principle to return to the Jacksonville Jaguars, the big man caught Covid-19 and, in the time it had taken him to recover, which prevented him from flying down to take a physical and sign a contract, his teammates and coaches—and wife—helped change his mind.

The Alualus had recently built their new home in the area. Their children are in the schools here. They like it in Pittsburgh. They didn’t want to leave. I have every reason to believe that he will never play for another NFL team again.

My only question that I have left is—how much longer will he play? He is reported to have signed another (a third) two-year contract with the Steelers, which ties him to the team through 2022, at the end of which he will be entering his age-36 season.

But guys have played to that age or older along the defensive line before. Brett Keisel is an example for the Steelers, who turned 36 during the 2014 season, his final year, and he was still effective. Although not a lineman, James Harrison nearly played into his 40s.

Though physically demanding, the nose tackle position isn’t really one where you have to worry about a loss of athleticism and things of that nature. Provided that you retain your strength and take care of your body, you could age gracefully there.