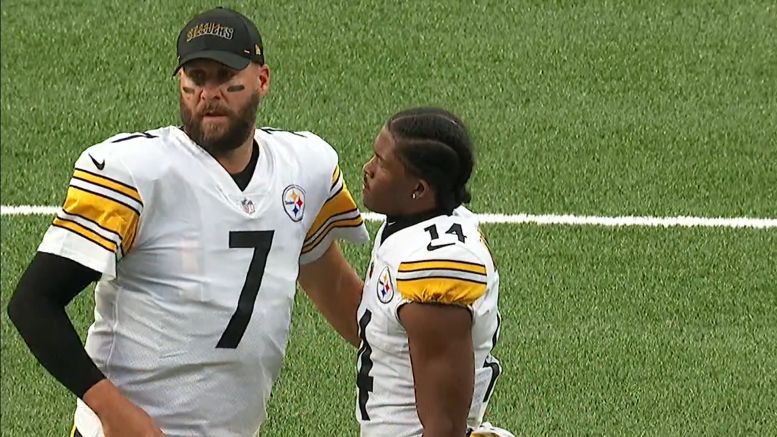 Nobody expected Ray-Ray McCloud to be on the Pittsburgh Steelers’ 53-man roster back when training camp opened. It would have been foolish to, since he wasn’t even on the team’s roster at that point. But he was acquired some time in the middle of training camp, and he ultimately impressed the coaches enough, particularly with his return ability, to make the team.

The most surprising thing, however, is the fact that he made the team as the fifth and final wide receiver, after it had become the norm for them to carry six. They elected not to carry either Ryan Switzer or Deon Cain, both of whom spent time on the team the year before. Switzer was let go entirely, while Cain spent the year on the practice squad.

For the first time in his three-year career, McCloud played in all 16 games, and he split his time pretty evenly between offense and special teams, 146 snaps for the former and 126 for the latter. Toward the middle of the season, when the team adopted a four-receiver package, he was on the field as the fourth receiver.

While primarily in that role, he was targeted a total of 22 times during the year, recording 20 reception, but for just 77 yards, an incredibly low 3.9 yards per reception. But when your average depth of target is -1.5 yards, you’re not being used as a true wide receiver.

He also got some looks as a gadget player, and he had one end around for 58 yards, but it was his work in the return game for which he was recognized, finishing in the top 10 in the league in many categories. He averaged 10.3 yards per pun return on 29 punts for 298 yards. On kickoffs, he averaged 23.1 yards, a number that declined over the course of the year, on 28 returns for 646 yards. He ultimately finished the season with 1086 all-purpose yards.

While he won’t be a high priority, the Steelers are likely to bring back McCloud. Probably not as a tendered restricted free agent, even at an original-round level (he was a former sixth-round pick), as that would cost over $2 million.

But there’s a good chance there won’t be much of a market for McCloud, even among teams looking for a return man, and after flaming out with a few other teams during his first two years in the league, including the Panthers and the Patriots, I don’t think he’ll be looking to get out of Pittsburgh as long as they offer him a deal.

Plus, with JuJu Smith-Schuster potentially leaving in free agency, Switzer long gone, and even Cain now elsewhere, they need receivers. Right now, they only have James Washington, Diontae Johnson, and Chase Claypool under contract for 2021. That’s a good trio, but you need more than three.