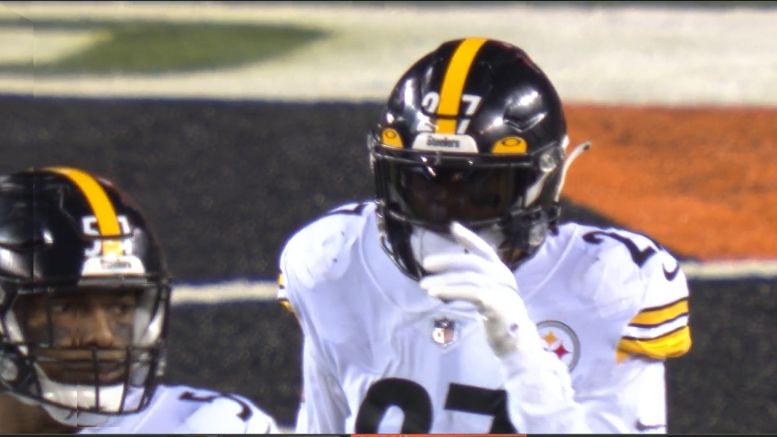 A former 2018 fifth-round draft pick, Allen was brought in at a time when the Pittsburgh Steelers were flush with safeties, and he was the last one in. retaining Sean Davis as a starter and Jordan Dangerfield as depth, they signed Morgan Burnett and Nat Berhe in free agency before using a first-round pick on Terrell Edmunds.

Still, Allen made the team as a sixth safety. And yet, a year later, they only kept four safeties, with Burnett and Berhe gone, and Allen on the practice squad in favor of Kameron Kelly, a former AAF player, who even started the opener. Allen only regained his position on the 53-man roster after Kelly was arrested late in the year.

Then we come to the 2020 season, in which he finally appeared to have carved out a role. Davis returned as the number three safety, and Dangerfield became the special teams captain, but suddenly, there was a position switch, the team now calling Allen an inside linebacker.

The Steelers have long described him in hybrid terms, Mike Tomlin even volunteering his name in that discussion after the 2019 NFL Draft when talking about players making a second-year leap. That leap would be delayed by a year, evidently.

He would ultimately see the field for 116 snaps, making two starts late in the year following a rash of injuries and illnesses at linebacker, and also played 169 snaps on special teams, finally gaining a foothold in that key area for fringe players.

Though he has been in the year for three years, he only gained an accrued season in 2018 and 2020, making him an exclusive rights free agent, because he did not spend the required about of games on the 53-man roster in 2019.

This means that, instead of being a restricted rights free agent, his only option is to sign whatever offer the Steelers give him, if they give him one. But there is no reason to think that they wouldn’t, given the depth concerns, both at linebacker and in the slot defender role.

Avery Williamson is a free agent who is unlikely to be brought back if he finds any kind of market. Vince Williams could be a salary cap casualty. That leaves Devin Bush, returning from a knee injury, and Robert Spillane, who is also an exclusive rights free agent, as the starting inside linebackers.

Ulysees Gilbert III, who has been on injured reserve three times in the last two years, would be the depth, along with Tegray Scales and Christian Kuntz, a couple of practice squad names. Allen played ahead of both of them last year.