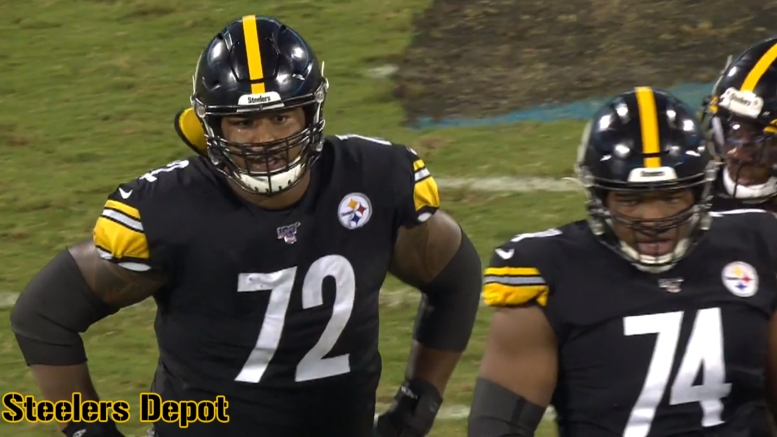 Considering the fact that he suffered a torn ACL in the season opener, it’s fair to say that Zach Banner must have been able to come a long way, both physically and mentally, for him to say back in January that he had the “best exit meeting ever”.

After Ramon Foster retired, the Steelers decided that they had enough depth at tackle to turn the position over by moving Matt Feiler into guard at Foster’s old position. That left Banner competing with Chukwuma Okorafor for the starting job.

Banner ultimately won that competition after graduating to the swing tackle position the year before, and he started the season opener against the New York Giants. While he acquitted himself well enough throughout the game, he went down at the end of the penultimate drive of the game with a knee injury that was later verified as a torn ACL.

Heading into the year, he was a restricted free agent, and he accepted a one-year contract worth less than the restricted tender amount, almost surely having been told that he would be competing for a starting job.

Undoubtedly, he was expecting bigger and better things for himself heading into his contract year, but fate would have other ideas. He missed the final 16 games of the season, now entering free agency with a one-game starter who has a busted knee.

While nothing is official yet, Banner is seemingly strongly implied that he anticipates re-signing with the Steelers and betting on himself again, competing for a starting job once again, a competition he expects to win, and through which earn himself stable and gainful employment. Here’s to him achieving that goal in 2021.