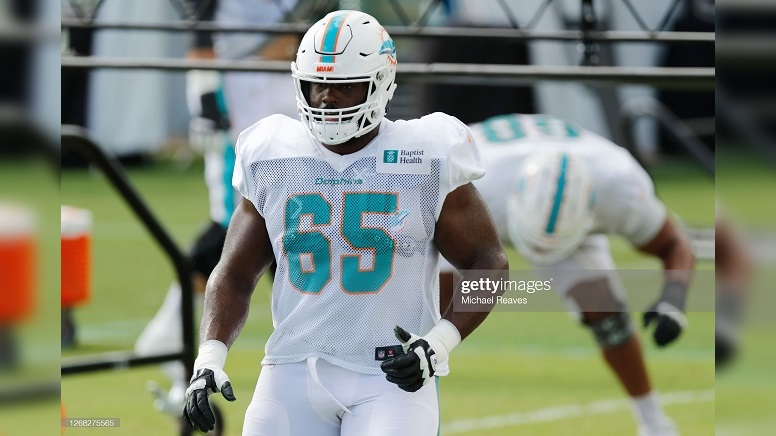 A former fifth-round pick of the Minnesota Vikings, Danny Isidora has never carved out a starting job for himself in the NFL, but he has done enough to carve out some playing time on occasion, nearing 500 career offensive snaps since entering the league four years ago.

Something of a journeyman by the time he came to the Steelers serving previous stints with the Miami Dolphins and the Kansas City Chiefs, he came to Pittsburgh with one job, which was to serve as depth. Signed in the middle of December after Matt Feiler and Kevin Dotson were injured, he was on the 53-man roster for four games plus the postseason, dressing only once and logging no snaps.

That’s not the most remarkable story ever told, to be sure, but that doesn’t mean the Steelers won’t be interested in keeping him. It would not be the first time that a player crawled his way onto the back end of the roster or the practice squad late one season only to become a regular years later. It happened with a little engine that could known as Mike Hilton.

Of course, if the Steelers look to bring back Isidora, it would be purely for a depth role. He is a guard-exclusive player, and the Steelers already have their starting guards in the former of David DeCastro and, presumably, Kevin Dotson, though failing that, it would indicate that they re-signed Matt Feiler.

With the team’s expected free agency losses along the offensive line, not to mention a major retirement, they are in a position they haven’t been in for a while: with a need to replenish their depth. It doesn’t help that they’ve lost in recent years Fred Johnson, Patrick Morris, and Derwin Gray on the waiver wire, and B.J. Finney to free agency, though he is available again.