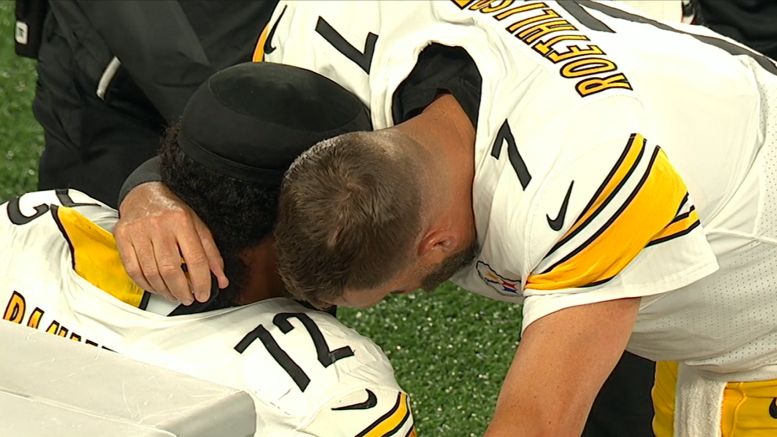 Anybody who has been observing the Pittsburgh Steelers for a period of time likely has the same sensation: they are a team at a tipping point. Whether they attempt to delay it or seek to move on, there is no doubt that change is at the doorstep, regardless of their immediate response to the knock.

One could say that it’s Father Time knocking at the door, and quarterback Ben Roethlisberger is on the other side. He insists it’s not yet for him. At least verbally, the Steelers claim he has a little something left in the tank, whether they have the cap space to play for it or not. But what is the pulse in the locker room?

Pending free agent tackle Zach Banner was asked about the offense arriving at a crossroads, and the future of Roethlisberger with the club. “It’s weird, obviously, because on top of all this news we have a for-sure retirement from Maurkice Pouncey, who was the greatest center of all time”, he started out saying, during his appearance on NFL All Access.

“In terms of Ben, they’re gonna get something figured out”, he stated. “I have real high confidence in that. I understand that there was uncertainty earlier, but Ben wants to be here, and Ben’s a legend out here, and we want to make it work with him as long as we can”.

Banner was set up to be Roethlisberger’s protector on the right side of the offensive line in 2020. He won the starting right tackle job in training camp, and played in the season opener, before suffering a torn ACL, and consequently missing the rest of the year.

It will take some doing to have the same setup again. Roethlisberger is under contract, but his contract needs to be adjusted for salary cap purposes. The Steelers and the quarterback haven’t yet gotten together to decide how they want to do this.

Meanwhile, Banner is a pending unrestricted free agent. He isn’t likely to have a robust market as a one-game starter recovering from a significant knee injury, but there is a strong chance the Steelers’ re-sign him. Once that happens, then he has to win a starting job again.

But would Roethlisberger be the one he’s protecting? Some have begun to doubt that—or at least get their hopes up about it. I think, however, that the odds favor Banner’s claimed optimism, that they get something done, and that he finishes one last season in Pittsburgh.