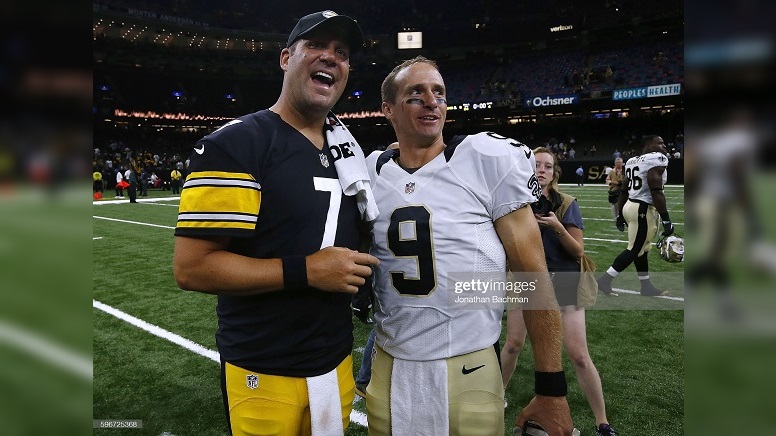 According to a report Friday night from Over the Cap, the New Orleans Saints and quarterback Drew Brees recently worked out a contract renegotiation that will reduce the player’s 2021 salary cap charge by nearly $24 million and thus help the team out of a huge hole prior to the start of the new league year on March 17. Since this report surfaced, I have seen other sites foolishly attempt to compare what Brees and the Saints did to what the Pittsburgh Steelers might do with quarterback Ben Roethlisberger in the next six weeks. Let me fully explain what the Saints just did with Brees and why comparing it to what the Steelers might do with Roethlisberger is way wrong.

Per league source the #Saints have renegotiated Drew Brees' contract to open up nearly $24M in cap space for 2021.

For starters, Brees’ contract already ran through 2023 prior to his recent restructure. Those extra years were added last March when the quarterback signed a two-year, $50 million extension to help free up cap space for the 2020 season. Both sides knew at that time that 2020 would likely be Brees’ final season. Just in case it wasn’t, Brees agreed to have a base salary of $25 million in 2021 with 2022 and 2023 being voidable years.

The #Saints agree to terms with QB Drew Brees, source said. He gets a 2-year deal worth roughly $50M. Never in doubt, but now done. And Brees took less to help the team continue to build.

The bonus and voidable years allow for a modest 2020 cap figure as the Saints keep building their roster.

Below is what Brees’ contract looked like after signing his extension last March.

So, what happened this week with Brees’ contract and why did it happen?

As you can see, Brees, who we all know is going to retire this offseason, was scheduled to count $36.15 million against the Saints 2021 salary cap. If the Saints were to cut or place him on the retired list before June 1, they would save the $25 million base salary, but Brees’ dead money would have jumped from $11.15 million to $22.65 million because of the acceleration of the prorated signing bonus amounts in 2022 and 2023. In short, the Saints would have cleared just $13.5 million in 2021 salary cap space had a move been made prior to June 1 with his contract as is.

So, what happened with Brees’ contract this week and how will it make a difference.

What happened this week is that Brees agreed to a flat pay cut in 2021. With him not playing, he agreed to have his $25 million base salary dropped down to the minimum of $1.075 million. He’s not getting any of that money, so it was merely a move on paper to help the team. In dropping his salary to the minimum, Brees helped the Saints instantly clear nearly $24 million in 2021 salary cap space.

So, here’s the real kicker. With Brees’ contract being dropped nearly $24 million for 2021 the Saints can now afford to keep him under contract through June 1. On June 2, they can place him on the Reserve/Retired list and at that point, the prorated bonus amounts in 2022 and 2023 that total $11.5 million won’t escalate into 2021. Instead, the remaining prorated bonus amounts escalate into 2022 as a dead money charge of $11.5 million.

So, by getting Brees to cut his paper salary by nearly $24 million this week, the Saints not only get instant salary cap relief ahead of the start of the new league, but they also get themselves time bought so that the quarterback’s bonus proration amounts for 2022 and 2023 don’t escalate into 2021 as dead money.

So, to summarize, Brees only took a $23.925 million pay cut on paper this week. That’s it, that’s all that happened.

See how this is not even close to what is likely to happen with Roethlisberger in the coming weeks?

Roethlisberger is due a $4 million base salary in 2021 and another $15 million in the form of a March roster bonus. What’s most likely going to happen with him is that all but $1.075 million of the total $19 million will be turned into a signing bonus as part of an extension that includes some number of voidable years. That extension will be from two to four years, depending on how much cap space the Steelers want to save in 2021. In short, expect Roethlisberger to still get his $19 million in 2021 and with most of it coming in the form of a signing bonus in the coming weeks.

As part of a Roethlisberger extension that will likely include voidable years, we could see the team and the quarterback work out a very defined salary amount for the 2022 season that doesn’t void right after the 2021 season. In short, and assuming 2021 winds up being Roethlisberger’s final season in the NFL, we could see the two sides do something similar to what the Saints did this past week with Brees a year from now so that the Steelers can lessen a full dead money hit in 2022.

I hope all the above explains why what the Saints did with Brees this week is totally different from what the Steelers will likely do with Roethlisberger in the next six weeks. This is why people that do not understand contracts and the salary cap shouldn’t write about either topic.