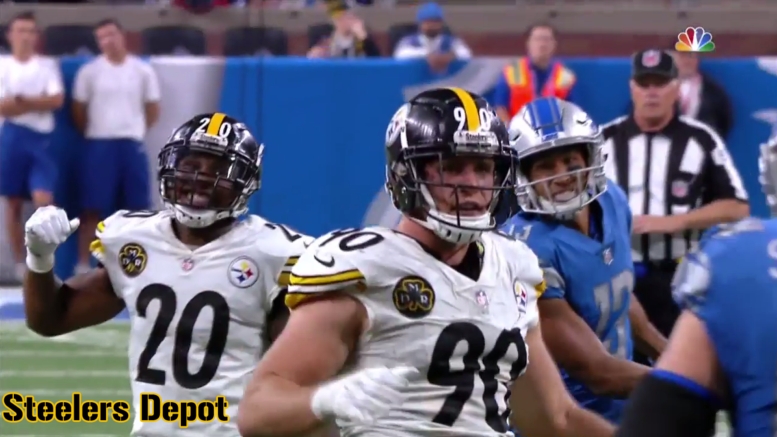 Pittsburgh Steelers outside linebacker T.J. Watt put together one of the best seasons that any defender in team history had ever had, which is remarkable enough to say in its own right, given the fact that we are talking about a franchise that has seen a player earn the Defensive Player of the Year Award seven times.

One can make a strong argument that it should be at least eight by now, if not nine, because Watt has been very much deserving of the award in each of the past two seasons, but failed to win both times. He was snubbed in favor of New England Patriots cornerback Stephon Gilmore in 2019. Last night, he lost out to the admittedly great Aaron Donald of the Los Angeles Rams, joining Lawrence Taylor and his own older brother, J.J. Watt, as the only players to win the award three times.

The fact that J.J. Watt has three Defensive Player of the Year Award is…let’s say not something that never comes up in conversation between himself and T.J. While big brother is his biggest cheerleader and has strongly campaigned for him to win, he certainly also enjoys bringing up the fact that little brother is three trophies behind.

Neither of them were happy last night that it would remain that way at least one more year. Both of them expressed their disappointment on social media, with T.J. taking the meme route, sharing the Michael Jordan image of him saying, “…and I took that personally”.

J.J., on the other hand, chose to do what his little brother wouldn’t (according to his own Twitter post), bringing up the fact that T.J. basically statistically performed better than Donald in virtually every meaningful defensive category short of forced fumbles.

Aaron Donald is an absolutely incredible player. I love watching him play & he’s headed to the Hall of Fame without question. This has nothing to do with AD personally.

This is me saying what my brother won’t.

Watt finished the 2020 season with a league-leading 15 sacks, becoming the first Steeler in NFL history to lead the NFL in sacks. He also had 41 quarterback hits, 53 tackles, a league-leading 23 tackles for loss, two forced fumbles, an interception, and seven passes defensed.

Donald, who of course does not play the same position, but is an interior defender, finished the season with 13.5 sacks, 28 hits, 45 tackles, 14 tackles for loss, four forced fumbles, and one pass defensed. He also played in all 16 games, while Watt was held out of the season finale.

One could argue that Watt’s numbers in 2019 were just as good or better. He finished that season with 14.5 sacks and 36 hits, 55 tackles, 14 for loss, but he also had eight forced fumbles, four fumble recoveries, two interceptions, and eight passes defensed.

At 26 years old, he still has quite a number of years left of being great, but to have a Defensive Player of the Year-worthy season is still quite rare in the grand scheme of things. Every ‘snub’ hurts, in that regard. Hopefully he will still get his three (or four) honors by the time his career is over, but he certainly should have at least one by now.