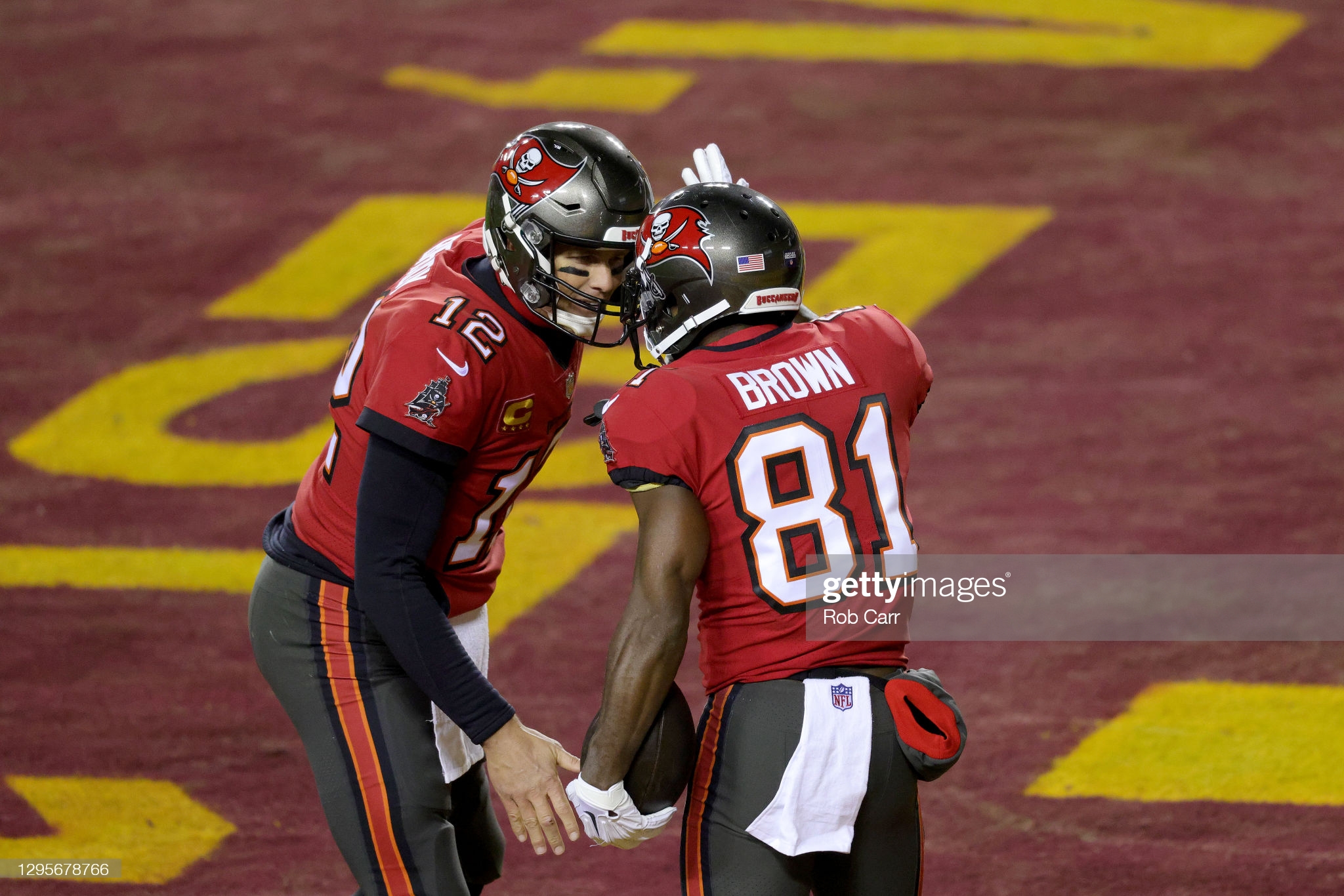 While he has been nursing an injury for the past couple of weeks, wide receiver Antonio Brown appears to be on track to play in the Super Bowl on Sunday for the Tampa Bay Buccaneers, reaching the game for only the second time in his career, the first being during his rookie season while with the Pittsburgh Steelers in 2010.

Now a decade later, after a rise-and-fall story, he is serving as a role player, a complementary piece to the likes of Tom Brady, Mike Evans, Chris Godwin, Rob Gronkowski, and others. Whether or not he has learned much from his recent ordeals, he has at least been somewhat humbled.

Joining at the highest stage of the game, Brady, now in his 10th Super Bowl, recently reflected on his relationship with Brown, which began when he was signed by the New England Patriots near the start of the 2019 season, but was chut short as Brown’s off-field issues—including rape allegations—caught up with him.

“Antonio and I connected right away. He has a great love for the game — just a real perfectionist for how he plays, how he takes care of himself”, he said. “Incredible football IQ. And then, again, a great skillset just as a player. And, I think, made incredible strides over the last 12 months to get from where he was at to where he’s at now”.

Around 12 months ago, he was dealing with an arrest after assaulting the driver of a moving truck who was transporting goods from his west-coast residence (from his brief tenure with the Oakland Raiders) back to his home in Florida.

He was also weathering multiple rape allegations, among other civil lawsuits, with thrown furniture and a speeding ticket mixed in for good measure. He was facing a looming suspension. Many believed that he should never play another down of football.

Perhaps Brady has been a good mentor for him. Brady certainly seems to think so, or at least that’s how his comments come off. He apparently really wanted Brown with him in Tampa after playing with him in New England, and even briefly let him stay at his house.

I have the ability to help people through my own experiences, to help them be the best they can be”, Brady said. “Everybody is dealing with life, which is not always the easiest thing for all of us. So you just try to provide words of support or advice — again, care for people. That’s a really important thing that we need to do, that all of us need to do. We need to care for people more and allow people to blossom and be the best they can be, because they can trust you — that you believe in them and that you ultimately want to see them succeed”.

As far as Brown is concerned, he should just consider himself grateful for all of the second, third, and fourth chances that he has been given. And now he has an opportunity to achieve perhaps the one thing his career has lacked: a championship. And he may just be along for the ride, at that.