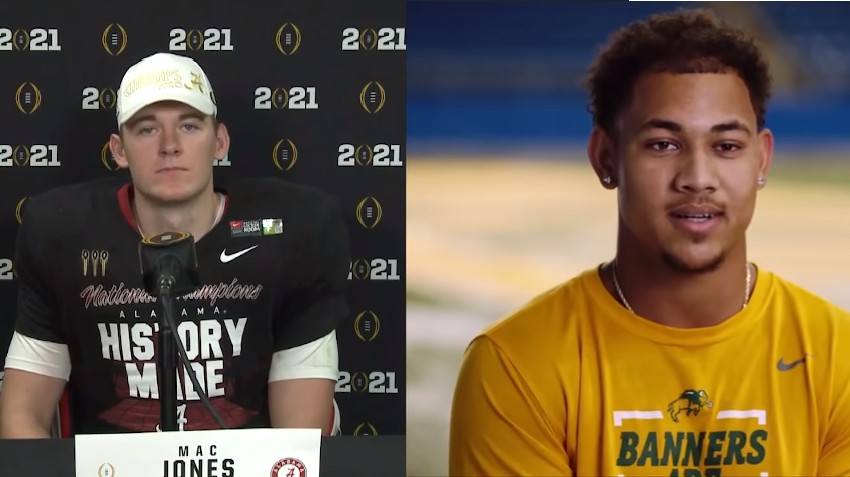 The Pittsburgh Steelers have a decision to make this offseason.

Is this the year they look for Ben Roethlisberger’s replacement? If the answer is yes, who is that guy?

This QB class is strong. And we could talk about a half-dozen names in this class, debating the pros, cons, and whether or not Player “X” is the all-mighty franchise quarterback.

But we should have a much more focused conversation. There’s only two names for Steelers’ fans worth paying attention to this April.

I want to make this abundantly clear. You don’t have to like either guy. You can believe Lance is an overhyped athlete who played at a school in the middle of nowhere. And you can think Jones is a baby-armed quarterback who moves like your grandma. These two names have nothing to do with their ability. It has everything to do with their availability.

Because you can separate these QBs into three tiers. Tier 1, Tier 2, and the rest. Tier 1 are the lead dogs, the top three quarterbacks of the class: Clemson’s Trevor Lawrence, BYU’s Zach Wilson, and Ohio State’s Justin Fields. All three would look great in black and gold. But they’re all a pipe dream. It’s possible – probable, really – all three will go in the top five picks. Even if the Steelers were willing to trade up that far, they’re unlikely to find a dance partner. No team who wants a QB in the top five is going to willingly trade out. Lawrence is a near-lock to go #1 to Jacksonville with Wilson having good odds of being taken #2 to New York. The Steelers will and should study these guys to create a benchmark to compare the rest of the class to. But they’re not serious options for the organization.

“The rest” after Tier 2 are the non-potential franchise quarterback. Starting with Florida’s Kyle Trask and working down. Players with some degree of talent but future backups no team will declare as the next face of the franchise. Sure, someone from that Tier will emerge as a future starter but predicting who *that* is even more of a crapshoot than usual. Pittsburgh drafting Trask, Jamie Newman, or Davis Mills can’t be under the assumption they’re the future.

All that leaves is the remainder. Tier 2, Lance and Jones. Those are the realistic franchise-caliber players worth examining. And that’s the pair this Steelers’ front office must spend all of its energy on. Are either one of those quarterbacks worthy of being Roethlisberger’s replacement? If the answer is no, you punt on the position this season. Try again in 2022 or potentially go the veteran bridge quarterback route (or both). If the answer is yes, then you have to be aggressive in making a play for that quarterback.

It seems likely either player will require a trade up. Jones is more likely of the two but him nor Lance figure to fall to #24. But if there’s a time to be aggressive in the draft, it’s when a QB is on the line. Moving up for either player could still prove costly. Draft season is full of misinformation so separating fact from fiction is difficult but it’s possible Lance or Jones get selected in the Top Ten. When you’re picking the latter-third of the first round, nothing about acquiring a quarterback is easy.

But those are the Steelers two options. Attend the North Dakota State Pro Day. Have all the Zoom calls allowed with Mac Jones. Find out their strengths, their weaknesses, that knee injury they had in 6th grade, gather every piece of possible information on those two guys. These are their choices. Any other quarterback in this class is just noise.