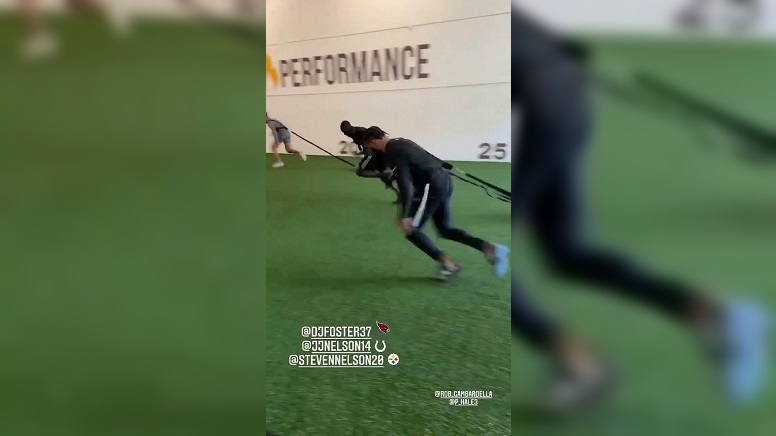 Many NFL players train out in Arizona during the offseason and Pittsburgh Steelers cornerback Steven Nelson is one of them. In a recent interview with Teresa Varley of steelers.com, Nelson, who is entering his third season with the Steelers, provided an update on his offseason training in Arizona.

“I started my training back, started my diet back,” Nelson told Varley. “I am running like a well-oiled machine. I am preparing myself to be the best version of me. I am going into the last year of my contract. Not knowing what to expect, but hopefully I can be around for a long time.”

This season Nelson, who is doing his offseason training at Ignite Performance in Arizona, will have a new defensive backs coach working with as the Steelers hired Grady Brown last week to take over for Tom Bradley, who did not have his contract renewed by the team earlier in the offseason. During his interview with Varley, Nelson some about his new position coach and how he looks forward to working with him.

“From what I have heard, he has a good resume,” said Nelson of Brown. “He reached out to the defensive back group and introduced himself, said it’s an honor to work with us as a whole. We welcomed him and will be glad to work with him. Hopefully that will help us to improve to get to No. 1 in the NFL.”

Moving forward into the offseason it will be interesting to see if Nelson winds yup signing a contract extension with the Steelers as the former third-round draft pick of the Kansas City Chiefs out of Oregon State is about to enter the final year of his current contract on March 17. He is scheduled to earn $8.25 million in 2021 and carry a salary cap charge of $14.42 million. An extension, should he ultimately sign one this offseason, could result in his 2021 cap charge decreasing some.

Last season, Nelson registered 48 total tackles during the regular season in addition to two interceptions, nine passes defensed and a fumble recovery. He played in 15 regular season games and 790 total defensive snaps. He also turned 28 years of age in January.

“You hear Pittsburgh Steelers, and it screams football,” Nelson told Varley. The city, everybody is about the football team in Pittsburgh. You feel that when you are walking around town. When everybody is about the team, that feels pretty good. There are so many great things I could say. I am just going to approach this year like I do any other year, work hard and see what happens.”